In Kiev, detained a criminal group of pseudoactivity. Video 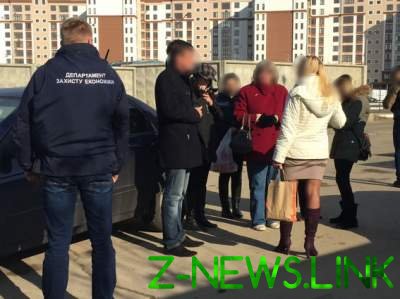 The attackers positioned themselves as representatives of public organizations, supposedly defending the interests of the residents.

Police detained a criminal group of pseudoactivity who was blackmailing developers on the territory of Kiev and Kiev region, the press service of the Channel.

It is noted that employees of the Department of protection of the economy and of the Main investigation Department of national police under the procedural guidance of the Prosecutor General have documented the systematic extortion from developers funds for not preventing their lawful activities.

According to available information, one of them solicited and received 200 thousand dollars.

The police stated that this group has positioned themselves as representatives of public organizations, supposedly defending the interests of the residents. The attackers chose a construction object on the territory of Kiev and area and staged protests.

Then demanded the owner of the structure to pay them for the termination of protest actions. And if he refused − continued to gather citizens to action, sometimes arranged in the brawl, sent inquiries to all state court and filed an action in court on the illegality of the construction, although the company had a whole package of licensing documents.

These acts, according to law enforcement, did not stop until the defendants had not received a certain amount of funds.

Within the production field investigators established all the organizers and participants of criminal group, and police on 25 October with the participation of special forces of KORD detained participants of the criminal scheme.

Open criminal proceedings under article extortion. The penalty for this offence involves the deprivation of liberty for a term up to 12 years with confiscation of property.