In Kiev, canceled a nationwide festival 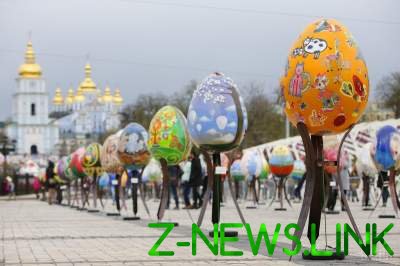 The event is annually held on St. Sophia square.

Ukrainian Pysanka festival, which is traditionally held in Kiev in the spring of this year decided to cancel due to the reconstruction of Sofiyska square. This was announced by the organizers of the event – ethnic and cultural project Folk Ukraine.

“Inform you about a project “Pysanka Art-fest”. This year the festival takes a “time out”. This is influenced by such factors: our favorite location – St. Sophia square will be reconstructed. And we can not imagine holding the festival in another place,” – explained the organizers.

However, in Folk Ukraine has promised that in the future the festival will restore.

“But we don’t stop and this year will participate in the project “Public budget of Kyiv” and other grants, to the next festival to organize a larger and more diverse!”, emphasized in Folk Ukraine.