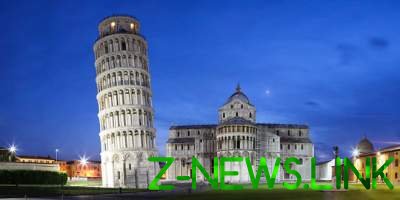 New year in Pisa was revived.

In the Italian city of Pisa will celebrate the beginning of 2020 for the 9 months ahead of the entire planet. The reason is the so-called Pisa calendar.

Residents of the city of Pisa, famous for its leaning tower, getting ready for the meeting… of the New year. The change of the year, according to the age-old tradition, here at noon on March 25. Officially holiday on this day has been celebrated since the tenth century. In 1749, in connection with the transition to the Gregorian calendar it was moved on 1 January. However, forty years ago the New year in Pisa, was again revived, and meet on a real medieval scale.

The celebration will begin on Saturday, March 23. Guests and residents at the new year’s eve waiting for the special event “One day in the style of Pisa” will be costumed historical reenactment, medieval parties with dancing, acrobats, competitions of archers. The main program will unfold in the Garden Scotto. In addition, during weekend trips on the four routes in the historic parts of Pisa that are of great interest for tourists. In particular, visitors to the city will offer to go to the churches of Sant’antonio, Santa Maria, San Francesco, and San Martino.

The main new year celebrations unfold on March 25. It all begins with a colorful parade, the participants of which will be held in historical costumes and armor, accompanied by musicians on the Central city streets. The procession ends in the Cathedral of Pisa, where, at noon will host a special ritual. At this time, a ray of sunshine penetrates the Cathedral through a round window and illuminates the marble egg is a symbol of renewal. This sign means the occurrence of leaning the New year.

Further festivities will be held in the squares of Carrara, Garibaldi and Gambacorti. There will be a unique series of concerts with performances by folk groups. Users are also waiting for the dances of the Renaissance and the tasting of typical medieval dishes. Many restaurants will offer guests a special Christmas menu. Will conclude the celebration of the New year at midnight with fireworks.