Home / Travel / In Istanbul, Turkish Airlines transfers all flights to the new airport

In Istanbul, Turkish Airlines transfers all flights to the new airport 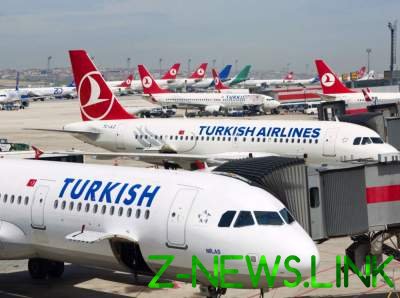 Some of the flights will be cancelled.

Turkish Airlines announced a complete translation of 14:00 April 6 all of its flights to the new airport of Istanbul. Flights from Ataturk airport the airline will cease at 02:00 on 6 April. Up to this point the flights of Turkish Airlines will be serviced at the airport of Ataturk.

In connection with the transition to the new airport of the flights of Turkish airlines on April 6 will be cancelled. Passengers have begun to receive appropriate notice of the proposal to change the date of flights.

See also:  SkyUp reported an increase in the number of flights

The new airport of Istanbul should become one of the largest air harbors in the world. In the first stage, construction workers built the terminal area of 1.4 million square metres of airfield infrastructure with two runways.

See also:  The best beach in the world located in Brazil

Initially it was assumed that the new airport will become fully operational on 31 October, 2018, two days after its opening by President of Turkey Recep Tayyip Erdogan. However, the full launch was postponed, first to 31 December 2018, and then in March 2019.