Home / WORLD / In Germany, the investigation is underway against 12 of the Ukrainians, steal car

In Germany, the investigation is underway against 12 of the Ukrainians, steal car 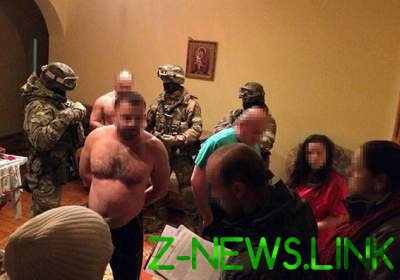 The GPU has received a request for assistance in the investigation.

The Prosecutor’s office in Berlin under investigation against 12 citizens of Ukraine, who joined a criminal organization for the theft of vehicles prestigious brands in the countries of the European Union. This was announced by first Deputy Prosecutor General of Ukraine Dmitry Storozhuk.

In the framework of close cooperation with law enforcement authorities of European countries to the Prosecutor General of Ukraine from the competent authorities of the Federal Republic of Germany received a request for international legal assistance in criminal proceedings.

According to first Deputy Prosecutor General of Ukraine Dmitry Storozhuk, the Prosecutor’s office of Berlin conducted an investigation against 12 citizens of Ukraine, who joined a criminal organization for the theft of vehicles prestigious brands in the countries of the European Union. In the future, with a view to profit, and abducted in West Germany cars were implemented to others.

Pursuant to the request by the General Prosecutor of Ukraine jointly with investigators and operative workers of the National police of Ukraine carried out 15 searches of houses and vehicles in several areas of the state.

“While these events were discovered and seized evidence of criminal activities of criminal organizations: illegal to open a car documents, stolen cars, etc. in addition, the search identified the facts of illegal storage of firearms”, – said Storozhuk.

By the Prosecutor pursuant to the international request, the decision on the removal of biological samples 10 people and received a court decision forced their capture in case of failure.

Recall that the Ukrainian and German police more than a year to collect and document the activities of a criminal group that stole luxury cars in Germany and reselling them in other countries.