Home / WORLD / In Germany, planned the deportation of Syrian refugees

In Germany, planned the deportation of Syrian refugees 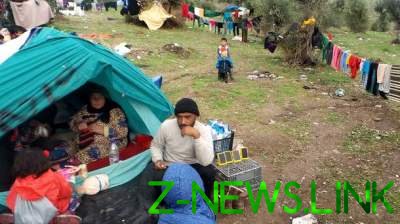 The question is raised, as the situation in Syria has changed considerably.

According to the publication, the policy of the coalition of CDU/CSU going to deport Syrian refugees in the summer of 2018. Such measures at the forthcoming conference of the interior Ministers of Germany propose to discuss the policy of Saxony.

Sent them the document States that at the moment German intelligence agencies are in talks about a new assessment of the security situation in Syria. All Federal land, headed policies of the coalition of CDU/CSU support the idea to recognize once again the country safe. The interior Ministers from the SPD, the proposal is rejected.

See also:  Ukraine has sharply reacted to the statement by the Ambassador of Germany in the Donbass

This policy issue will discuss on 7 December at the conference in Leipzig, says the publication. The last time the German authorities had assessed the security situation in Syria in 2012. Since then, almost all the terrorists of the “Islamic state” in the region were destroyed. With the support of Russia and Iran, government forces of President Bashar al-Assad was able to free most of the territories. However, Damascus continues to resist rebel groups that advocate the overthrow of autocrat.

Read also: NATO has called the most dangerous country in the world

See also:  In Sweden, a life prisoner was required to "release" it at McDonald's

While Berlin is building the strategy of further actions in cooperation with Assad, urging him to negotiate with the opposition, the newspaper notes. The German foreign Ministry welcomed that the meeting in Saudi Arabia representatives of the opposition agreed to establish a single delegation for the forthcoming negotiations with Damascus in Geneva.