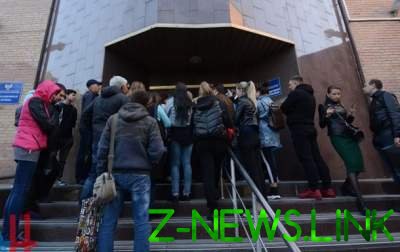 All 33 points of the so-called “migration service of the Ministry of internal Affairs of DNR” on Tuesday started to accept applications of citizens of Ukraine.

According to him, there are 33 territorial units “of the migration service of the Ministry of internal Affairs of DNR” began collecting documents from residents for citizenship of the Russian Federation in a simplified manner.

Earlier statements from those wishing to obtain Russian passports were accepted only by a single point in Donetsk. There the process began on 3 may, and the next day the first 105 statements were sent to the Rostov region for further consideration by the Russian authorities.

We will remind, on April 24 Vladimir Putin has signed a decree on simplified poluchayetsya passports to the residents of certain districts of Luhansk and Donetsk regions of Ukraine. The corresponding document was published on the Kremlin website.

Putin explained that the decision to provide a simplified procedure citizenship of the Russian Federation Ukrainian residents of Donbass is of a purely humanitarian nature, “because the situation can no longer be tolerated”.

Meanwhile, Deputy Minister of the temporarily occupied territories and internally displaced persons Yury Grymchak said that Ukraine will be able to identify the citizens who have Russian passports. Earlier he said that the residents of Donbass, who will receive a Russian passport, you need to deprive the Ukrainian and foreign passports of Ukraine.