Home / business / In Chernihiv, disappeared from the monument to Pushkin

In Chernihiv, disappeared from the monument to Pushkin 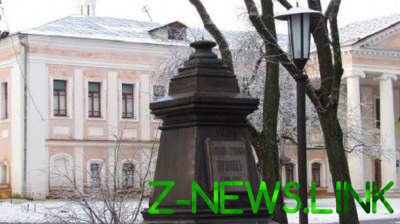 Unknown stole a bust of 31 December

It is noted that the bust of Pushkin was not in place on Sunday morning, December 31. At the scene police work.

The bust was installed in September 1900 in the old part of the city to the centenary of the birth of the writer.

Earlier, police announced the discovery of a previously stolen in the city of Nezhin of the Chernigov area of the monument to Soviet actor Mark Bernes, he was found in a ditch.