In Austria decided to create a “code of conduct” for travelers 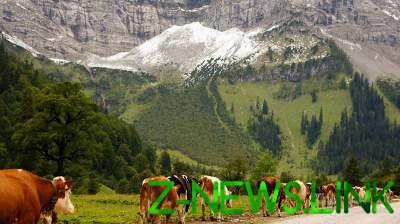 The decision is connected with the death of a hiker, which was trampled by cows

Austria will develop a legally binding “code of conduct” for tourists who visit the mountain pastures. This decision took power in connection with the death of German tourist, which was trampled by cows. This was stated by the Chancellor of Austria Sebastian Kurz.

It is noted that the incident in the Tyrol, in 2014, has again hit the national headlines after February 2019, the court ordered the farmer that owns livestock to pay hundreds of thousands of euros in compensation to the family of 45-year-old victim.

This aroused the wrath of farmers and population, because the victim was walking the dog on a leash attached to the waist. Cows can attack to protect their calves when they see dogs, and travellers are advised in such cases to let their dogs, which the woman did not.

“We clearly lay out in the code of conduct requirements for people who visit the mountain pastures,” said Kurtz.

He is not told what the specific requirements will contain the code, but suggested that dogs are an important part of the new code, adding that in problematic cases “almost exclusively” involved dogs.