In Australia millions of dollars printed with the error 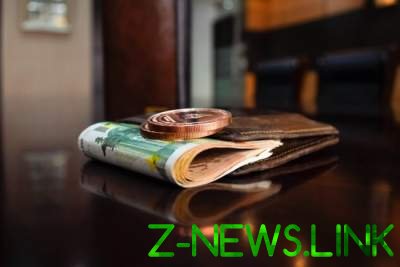 These bills remain a legitimate means of exchange, say the representatives of the Bank in Australia

The reserve Bank of Australia (RBA) released into circulation a batch of new 50-dollar notes with a spelling error. It is reported by radio Triple M on his official page in Instagram.

The mistake is made in the text of an excerpt of the speech Edith Cohen is the first woman to be elected a Deputy of the Parliament of Australia. In it the word “responsibility” (responsibility) is printed without the last letter “I”. A typo is hard to spot with the naked eye.

“These banknotes remain a lawful means of exchange and can be used in the same way as usual. Their cost and functionality due to this error did not change”, – said the representative of the RBA, reports CNN. The typo has promised to fix it in future pressings, and the process of issue of banknotes is to be revised to prevent this in the future.

We will remind, in the autumn of 2018 in Ukraine began to walk a new banknote of 20 hryvnia. The design of the new banknote inherits the updated banknotes in denominations of 100 and 500 hryvnia. Banknote of 500 hryvnia, the national Bank renewed in 2015, and in the appeal it came out in April 2016. 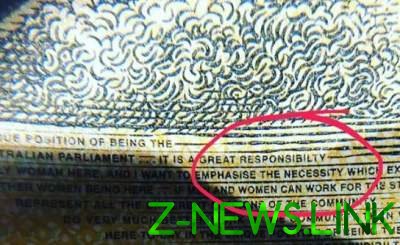