Home / WORLD / In Algeria arrested the brother of former President

In Algeria arrested the brother of former President 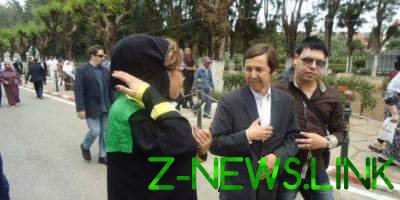 With Bouteflika arrested former chiefs of the intelligence services of Algeria.

In Algeria arrested a younger brother of the former President, Abdelaziz Bouteflika, said Bouteflika, who was the de facto leader of the state the last six years.

Also, together with Bouteflika arrested former chiefs of the intelligence services of Algeria – General Bashir of Cartage and Muhammad Madina.

See also:  Footage of the arrests of former tax officials of times of Yanukovych. Video

Said Bouteflika ten years worked as an Advisor to the President. After his brother suffered a heart attack and left him partially paralyzed, said Bouteflika has ruled Algeria since 2013.

Recall that in Algeria nearly two months of mass protests. The demonstrators demanded the ouster of all of the companions Bouteflika.