In Africa for the first time chose the cultural capital 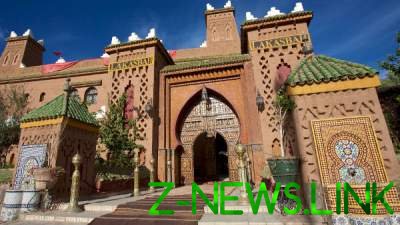 The city is very popular among tourists.

Marrakech is named first in the history of the cultural capital of Africa for its architectural, artistic and cultural heritage.

Marrakech is increasingly in demand with travellers, as the local government is making every effort to improve infrastructure across the country, including the renovation of several historic neighborhoods. The number of foreign tourists increased from 2017 to 2018 by approximately 15%. In the city there are two sites listed as world heritage by UNESCO: the famous Djemaa El Fna square with the Medina, a labyrinth, and an ancient fortress city. In 2017, the Museum was opened here francuzskogo famous fashion designer Yves Saint Laurent, which strengthened the position of Marrakech as a center of art and design.

While it is not clear that the new title will mean for Marrakech. A number of other cities in the world have similar rewards. For example, annually selected cultural capital of Europe. In 2019 this status are Italian city of Matera and Plovdiv in Bulgaria. Traditionally, in the framework of the special programme here until the end of December will be hundreds of cultural events, exhibitions, concerts and festivals.