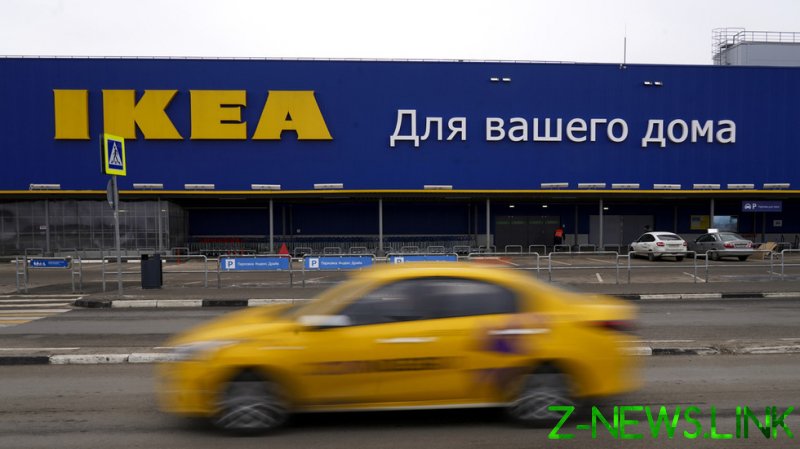 According to the Moscow daily, the company informed its employees during a general meeting and will officially announce the decision soon. IKEA has not addressed plans for its outlets in the country but its online store will reportedly continue to operate.

The company’s press service confirmed the reports, telling business daily RBC that IKEA would reduce the scale of its business in Russia, laying off some of its employees and beginning to look for new owners for all four Russian factories located in the Leningrad, Kirov and Novgorod regions.

“IKEA’s retail business in Russia remains on pause. This decision will entail optimization, which will also affect many employees,” the press service said. The company owns 17 outlets and 14 malls throughout Russia.

The firm noted that it would organize the sale of household goods in warehouses, and dates will be announced later on the IKEA website.

The press service emphasized that the situation with supply chains and business processes throughout the world has deteriorated significantly in recent months.

“In view of this, we do not see the possibility of resuming sales in the foreseeable future. As a result, [the company] decided to reduce the scale of business in Russia. This is a difficult decision, but we believe that it is necessary,” the press service reportedly said.

According to Russian Deputy Minister of Industry and Trade Viktor Evtukhov, IKEA plans to pay seven months’ salary in compensation to employees who lose their jobs.

Russia was IKEA’s 10th-biggest market in the year through last August. Back then, retail sales amounted to $1.8 billion, or 4% of the company’s total retail sales. In March, the furniture maker joined a number of international companies by halting business in Russia due to Ukraine-related sanctions.