Home / WORLD / If Prince Harry is getting £18m for four books, I’ll happily ghostwrite them. I’d even make him seem interesting

If Prince Harry is getting £18m for four books, I’ll happily ghostwrite them. I’d even make him seem interesting 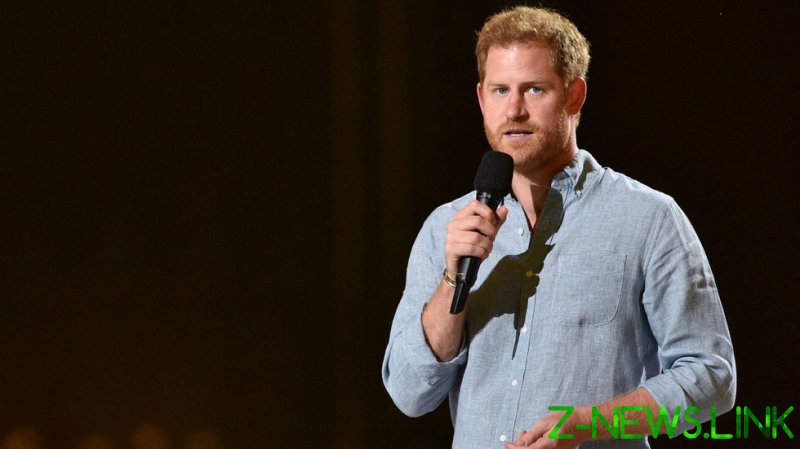 Writing is a lonely, thankless and unappreciated profession. It’s one fraught with frustration, disappointment and failure, with insecurity, bitterness and resentment par for the course. The hours are long and unpredictable and the pay sucks harder than your granny with her falsies in a glass.

In 2019, for instance, research by the Authors’ Copyright and Licensing Society (ALCS) found that typical annual earnings for a UK writer were less than £10,500 – a 42% fall in real terms income for professional authors since ALCS first started surveying pay in 2006. In fact, a Deliveroo rider earns more than the average British hack. Having been verbally abused, spat at and had various weapons pulled out on me while working, I can safely say a bloke brandishing a chicken biryani gets a better welcome on the doorstep than one waving a notebook and pen.

Despite being a writer, why anyone would want to become one is beyond me. Writing isn’t a vocation, it’s an affliction. I’d willingly take a triple jab if it cured me. Yet, just as millions of halfwits dribble ‘I could do that’ every time they walk into an art gallery or watch some poor millionaire footballer miss a crucial penalty, everyone and their aunt thinks they can write. I blame it on social media. Online asylums like Twitter have lulled legions of keyboard Quixotes into thinking they can turn 140 characters into 140,000 words of compelling narrative. Well, sorry Dark-Lord_1066 or EnochWasRight1945, you can’t write for shit. Nevertheless, as a critically-acclaimed, award-winning, bestselling author, I’m constantly bombarded by two-bob writers craving tips, support and advice as they begin their long, arduous journey towards depression, penury and an inevitable drug and alcohol problem.

“David,” these wannabes ask, hanging on my every word, all doughy-eyed, their naive little faces full of hope, dreams and delusions, “what words of encouragement can you give a new writer like me?”

“Quit while you’re ahead,” I tell them. For one, I can do without the added competition. And secondly, most writers are mediocre at best, and woefully unreadable at worst. The world doesn’t need more writers. What the world really needs right now are more engineers, scientists and builders. Oh, and Deliveroo riders.

That said, the explosion in confessional celebrities, public figures, pop stars, actors, captains of industry, Twitter-mad politicians, and heroes, villains and attention-seeking ‘influencers’ of every hue has given rise to a growing band of mercenary ghostwriters, as most of these ‘faces’ couldn’t even write a LinkedIn profile if their lives depended on it. This is why, while my own authored work is, of course, without equal, I occasionally sublet myself as a ghostwriter; so the news that Prince Harry has just signed an £18 million four-book deal with my very own publisher, Penguin Random House, for a ghostwritten, kiss-and-tell memoir fills me with one of the greatest feelings a writer can have: envy.

Landing a fat, juicy gig, however, is easier said than done. Ghosting is a specialist exercise in ‘method writing’. Not only must you be able to take a publisher’s coin with a straight face, convincing them, yourself and the ‘ghostee’ you’re doing it not for the dough, but because ‘I’ve always admired your work’, you also have to understand your subject intimately. You have to get under their skin, even become them, at least on the page, so that their half-baked words (preferably extracted over a series of boozy lunches at Soho House) sound authentically like them, albeit it with far greater wit, humour, pathos and imagination than they actually have. You also have to move in the right circles, preferably with a super-agent in tow, as those six and seven figure paydays are essentially literary payola.

On the face of it, HRH Harry Windsor and I would make perfect bedfellows. He likes to pour his heart out at any opportunity, and I love nothing more than channelling my inner Freud in order to get the most out of a subject – for cash. But as much as I’d love to throw my hat in the ring and snag a third of that £18 million booty, I’ve more chance of becoming the next Tottenham Hotspur manager than I have of making it onto a shortlist of handpicked hacks that’ll no doubt be chock full of lick spittle royalists, sycophants and assorted yes men whose job will be to ‘paint’ a flattering portrait of the Prince rather than draw a more honest picture based on the ghost’s critical observations (e.g. bro, you need to make it right with the Queen and Prince Charles – just think of your inheritance!).

To this end, ghostwriting, while a lucrative ‘side hustle’ can gnaw at your ethics, especially if the advance is chump change and selling out really isn’t worth it. I once ran into difficulties with a subject whose ‘tale of redemption’ turned out to be nothing of the sort and what I was being asked to write was a hagiography they didn’t deserve, given the advance on offer. The wheels quickly fell off that one. Then there was the time I made it onto the shortlist to ghost the memoir of a well-known supermodel whose first choice ghostwriter was Maya Angelou. Yeah, and I want the Pope to do the honours at my next wedding. Apparently, the client’s ego eventually got too big for the project and she scrapped the idea.

One of my greatest disappointments, however, was not securing the memoir of Victoria Cross recipient, Johnson Beharry, whose story led to a bidding war, a reputed £1 million advance, and the book, ‘Barefoot Soldier’. Having got into a straight shoot-out with just one other writer, money aside, what really grates is how Beharry’s remarkable story of becoming an accidental war hero resulted in such an underwhelming read. After meeting Beharry some years later, my suspicions were confirmed when he suggested he’d wanted me to write his story all along but a “safe pair of hands” was requested by his handlers. Make of that what you will.

Occasionally, you lose out on a gig and just take it on the chin and smile, as was the case when my old mucker, Guardian and Observer chief boxing correspondent Kevin Mitchell beat me to the punch to win the contract to ghost Frank Bruno’s memoir, ‘Fighting Back’. Sure, it was another £1 million advance (Kevin has always been thankfully discreet about what he earned from it), but he made a great thrust of the book, not least because he’d already formed a relationship with Bruno over several years.

Discretion is, of course, the watchword when it comes to ghosting. I’ve ghosted memoirs and tomes for everyone from high-profile political figures to characters both in law enforcement and lawbreaking, successful businesspeople and chart topping popstars, all of whom come to me because the portrait they want painting is less drippy watercolours and more vivid, dynamic, uncompromising oils. And as discretion is the better part of valour, sometimes it’s my role to actually rein in the confessionals, especially when it comes to writing about relationships with people who are still very much alive and can feel wounded by startling revelations in print.

But when I’m ghosting, if my name isn’t attached to that dust jacket, all you’ll ever know of my involvement is a wee thanks in the acknowledgements or a nod to “my editor” – the technical term for a ghostwriter. Just as there’s a Hippocratic Oath between doctors and patients, lawyers and clients, there’s one between ghostwriters and ghostees.

So, Harry, forget about the shortlist of establishment toadies. We’re both radical guys. Let’s write up a storm. You can even tell me who made that racist remark about Archie. I won’t say a word. I’m a great admirer of your money, man. I mean, work. Just pick me!