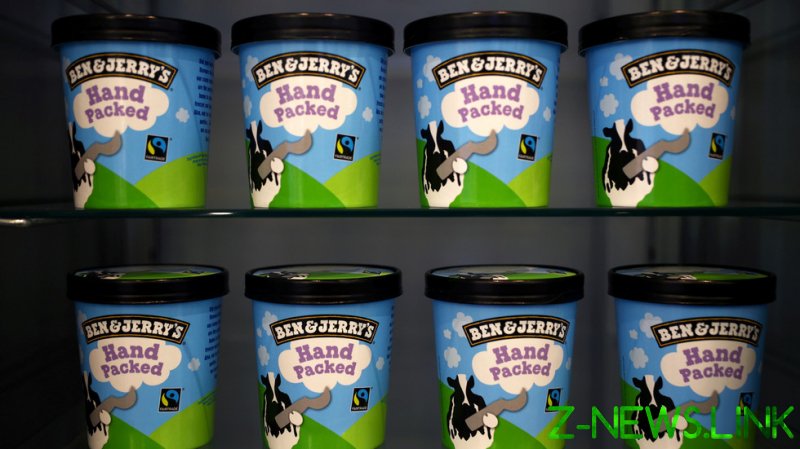 The complaint was filed by the 20-year-old soldier’s mother, Adv. Orly Ben Ami, on his behalf, and it claims the man will be unfairly denied the ice cream while on military patrol in the occupied territories, Ynetnews reported.

“The Ben & Jerry’s brand ice cream is his preferred one,” read the complaint, which claimed his “military service requires him to have long and frequent drives in the territories, and often time he purchased ice cream in different businesses.”

Now, as a result of Ben & Jerry’s recent decision to discontinue sales in the occupied territory and its “judgemental position” on the conflict, the ice-cream fan complained he is “unable to enjoy” the ice cream “like everyone” else. It also paints him as a human rights abuser, the complaint says.

The soldier’s ice cream related woes were quickly mocked on social media, with Philadelphia Inquirer journalist Abraham Gutman joking that the “privileged” soldier’s “right to eat Chunky Monkey while occupying” has been “infringed upon.”

Others compared the news to a recent Onion satire article about a similar, but fictional, Israeli soldier who laments the withdrawal of sales by reminiscing about how he used to stop “by the Ben & Jerry’s store to grab a serving of Phish Food or Cherry Garcia before bursting into a Palestinian family’s home in the middle of the night.”

After Ben & Jerry’s announced last Monday that it would stop selling ice cream in the occupied territory – though not the rest of Israel – Prime Minister Naftali Bennett warned the decision would have “serious consequences, legal and otherwise” and announced that Israel would “act aggressively” toward boycotts. He even said the company’s decision showed it had rebranded as “antisemitic ice cream.”