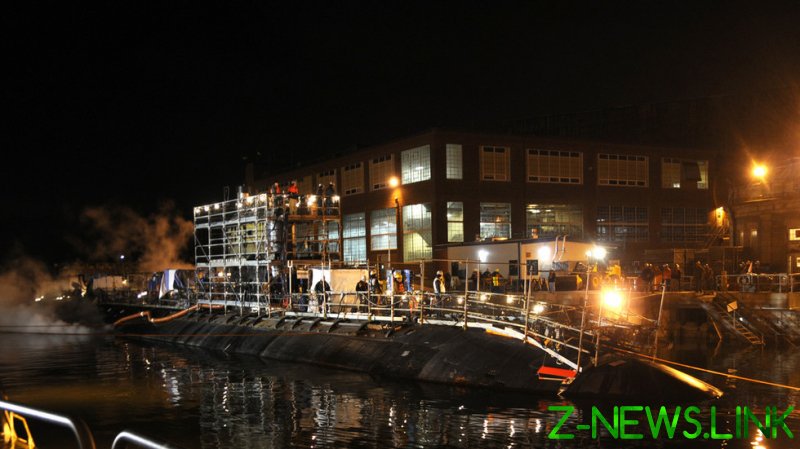 Under AUKUS, the US and UK will help Australia build a fleet of nuclear-powered submarines. It will also reportedly focus on military and cyber capabilities and other undersea technologies. The pact has been viewed as an effort to counter China – which has criticized the move as “seriously [undermining] regional peace and [intensifying] the arms race”.

Grossi said that “specific agreements” with the IAEA needed to be in place to ensure that the materials and technology Australia received are “under safeguards” – but the exact procedures through which the agency could now make sure that the fuel is not diverted to manufacturing nuclear weapons still remain unclear.

The deal is also reportedly the first time a non-nuclear country has acquired nuclear-powered submarines – taking advantage of an apparent “rare exception” in the 1968 Nuclear Non-Proliferation Treaty (NPT) that allows for fissile material to be removed from IAEA safeguards for such purposes. Australia is a party to the NPT, which recognizes five nuclear weapons states: the US, Russia, China, France and Britain. India, which is not a signatory to the NPT, also has nuclear submarines.

Last month, Grossi told Reuters the process would involve “a very complex, technical negotiation” with the three AUKUS countries to ensure there would be “no weakening of the nuclear non-proliferation regime.”

On Tuesday, Grossi reiterated that it would be a “very, very demanding process” and that the agency had to “dot the Is and cross the Ts” regarding the deal – something, he said, that “has never been done before”. He said US Secretary of State Antony Blinken had been made “fully aware of the [proliferation] implications” and noted that a “formal engagement” is expected “soon”.

Grossi added, however, that the possibility “cannot be excluded” that other states could use the AUKUS example to seek their own nuclear submarine fleets. Both Canada and South Korea have explored building nuclear-powered submarines, which are quieter and can conduct underwater operations longer than conventional vessels, according to the Guardian. The paper reported that Brazil also has an ongoing nuclear sub program.

In 2018, Grossi said, the Iranian government had informed the IAEA of its intention to start a naval nuclear propulsion program – noting in a letter to the agency that no nuclear facility would be involved for the first five years of the project. Over meetings during the UN General Assembly in New York last month, Iranian officials reportedly cited the AUKUS deal as a precedent to take the country’s submarine plans going forward.

Last week, Moscow joined Beijing in slamming the AUKUS pact, stating that the move had put the West on a collision course with China and might lead to a sharp escalation in international tensions.

Nikolay Nozdrev, the director of the Third Asia Department of the Russian Foreign Ministry, told RIA Novosti on Friday that the partnership had raised “serious concerns” about the “tangible risks of unleashing an arms race… and the continued effectiveness of the nuclear non-proliferation regime”.