Home / WORLD / ‘I thought it was systemic racism’: US energy secretary roasted for linking ‘climate change’ and Florida building collapse

‘I thought it was systemic racism’: US energy secretary roasted for linking ‘climate change’ and Florida building collapse 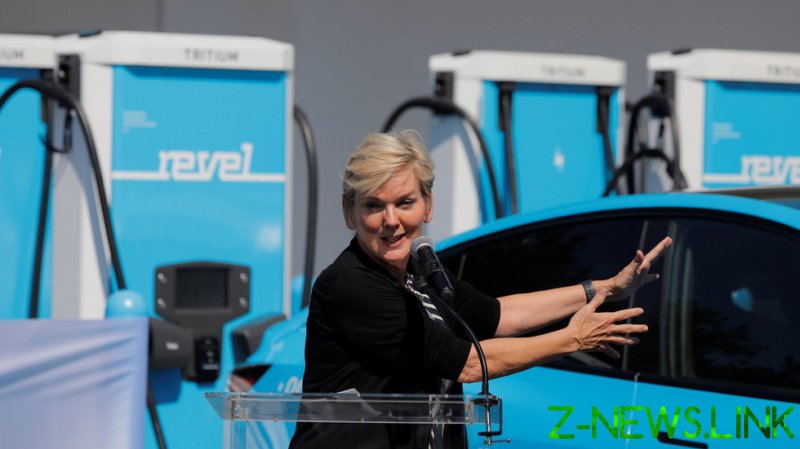 Appearing on CNN’s ‘New Day’ on Tuesday, Granholm was asked if climate change, including “extraordinary tides,” could be behind the recent building collapse in Surfside, Florida.

“Obviously, we don’t know fully, but we do know that the seas are rising,” Granholm immediately took the bait. “We know that we are losing inches and inches of beach and it’s not just in Florida, but all around.”

She went on to call for further infrastructure investment, echoing the talking points of President Joe Biden and other Democrats, to provide “resiliency” to the changing climate, such as levees and “seawalls.”

“There’s so much investment that we need to do to protect ourselves from climate change but also to address it and mitigate it,” she said. “Hopefully these infrastructure bills, when taken together, will make a huge step and allow America to lead again.”

The cause of the building collapse is still being investigated, though many officials and lawmakers have suggested poor maintenance and inspections as the likely causes. A letter from the building’s board president sent in April described “concrete deterioration” accelerating in the condominium’s foundation and repairs estimated to cost millions.

Engineering consultant Frank Morabito, hired to evaluate the building back in 2018, said in his report that there was a serious flaw in the condo’s design that prevented the water from running off, which may have led to deterioration of the concrete.

Granhom’s suggestion that “climate change” might have played a role in the tragedy earned her criticism, especially from conservative pundits who accused the administration official of stretching logic to make political points on global warming.

Biden will be traveling to Surfside, Florida to the site of the collapse on Thursday. The search of the rubble has moved into its sixth day as 150 people remain unaccounted for.