Home / WORLD / I recently worked in Kabul and weep for all my Afghan friends, who we’re abandoning to their deaths. Here’s why our mission failed

I recently worked in Kabul and weep for all my Afghan friends, who we’re abandoning to their deaths. Here’s why our mission failed 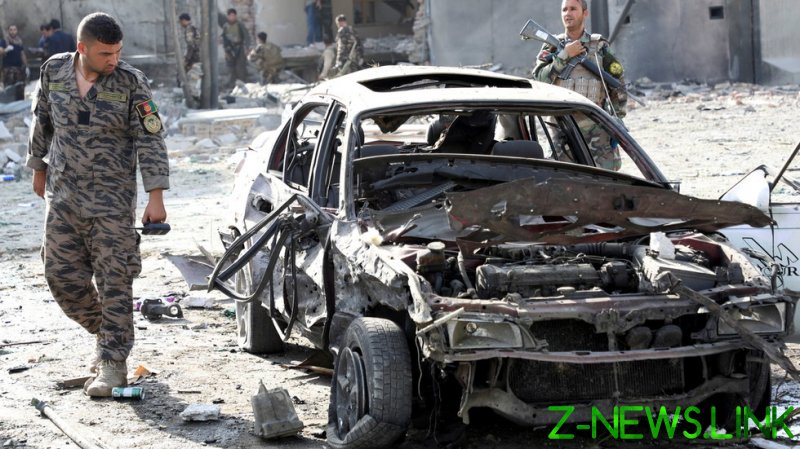 Knowing that in less than three hours, you will be in Kabul, the most dangerous capital city in the world, makes boarding the pristine Emirates flight from Dubai a surreal experience. This spring I did just that, as I went to join the United Nations Development Programme mission in Afghanistan as its expert advisor on policing and security.

I knew what to expect. I’d spent a year there, before Covid broke out, as a senior adviser for policing, working directly with the Afghan government and senior NATO commanders. I even advised the US’s four-star commanding general, the Afghan minister of the interior and the chief of police.

During that time, I saw at first hand why America and the West’s mission in the country was doomed to fail, despite the spending of two trillion dollars and the best efforts of hundreds of thousands of brave, clever, passionate soldiers and civilians, many now dead or maimed. The attempts of the international community to resist the Taliban and Islamic State Khorasan (IS-K), IS’s even nastier offshoot in the country, fell foul of the landscape of insurgencies, terrorism and ever-shifting political and tribal allegiances. But its main killer was the Big C: corruption.

My flight this May, like so many before, still had some Afghan ‘businessmen’ returning with empty attaché cases that once held US dollars sent to be laundered in the Emirates, as well as many tough-looking bearded Western men in khaki chinos and adventure jackets, their eyes veiled under baseball caps. These were the contractors who come from all over the world to try to make a difference or chase the big money or both, just like me. The US’s and NATO’s wars, occupations and counter-terrorism operations are a lucrative business.

These men work in every field, doing virtually everything needed to keep the Western involvement going. Among them are IT consultants, aerospace engineers maintaining the Afghan air force, firefighters crewing the airport crash tenders and, of course, the countless armed bodyguards working for embassies, commercial organisations and NGOs.

By March, it was already clear that the Taliban was breaking the peace agreement it had made with the Trump administration – a deal done without the US having consulted with the Afghan government or listened to NATO allies.

I knew from past experience that, as we came into land at Kabul, I would get a sense of foreboding, like a finger pressing hard into the back of my neck, reminding me that we were about to enter an extremely hazardous place, and that this apprehension would pervade everything and would not lift until I was on the flight out of there.

After all, from the moment you land at Hamid Karzai International Airport, you are ‘in play’. As your aircraft taxis past the Afghan air force and NATO fighters on the north side of the runway, rockets or mortars could come screaming down, spraying razor-sharp splinters of jagged steel. Or that uniformed policeman could turn his gun on you in one of the notorious and frequent ‘green-on-blue’ attacks.

The size of the military investment in the country is easy to see, with rows of Afghan military helicopters and light ground-attack planes filling my window, only to be replaced by the chattering Chinooks, Blackhawk and Puma helicopters of the NATO forces as they go about their daily bus services ferrying diplomats, soldiers, NATO civilians and letters to protected bases in other parts of the city. It’s far too dangerous to travel by road.

Just a few short months later and they are nearly all gone, along with all the US and NATO troops. To avoid being shot at, the choppers were taken away by stealth overnight, packed into huge C-17 military transports or hired Russian-built Antonov freighter aircraft, rotor blades folded, ready to be used in some other conflict.

As for the Afghan helicopters and light-attack fighters parked by the runway, quite a few have simply stopped flying. That’s partly because some of the Afghan pilots have given up and partly because the number of US contractors who maintained them has been greatly reduced. The men with beards and baseball caps know when the party’s over and it’s time to move on.

Passing through passport control, one’s apprehension grows. A suicide bomber could detonate him- or herself as you collect your baggage, rockets could hit the terminal building, you could be kidnapped as you walk into the car park looking for your transport, or a car bomb could blow up as you pass by.

Finding my transport that day – two white UN-marked armoured Toyota Land Cruisers driven by two local employees – was unnerving. Would I be able to locate them? When I did, could I trust them not to kidnap me and sell me to terrorists, cashing in an insurance policy as the country was starting to fall apart?

I was reassured to find both my new colleagues were like so many of the quietly humble, brave, clever Afghan people who have worked with the international community since we have been there. My driver, Abdul, a family man with four children, could not have been more welcoming.

As we drove the five miles to our huge, protected compound, he told me about his family and offered to buy me fresh fruit and – since my suitcase had been mislaid in transit – clothes at the local market.

Although I’d been in war zones in Iraq and Afghanistan before, his chatter eased some but not all my concerns. I scanned anyone I saw on a motorbike to see if they were going to attach a magnetic improvised explosive device to our roof to defeat the armour-plated sides of the car. My research had told me this was the latest weapon of choice in this city, which is one that bristles with every conceivable means of inflicting death.

Derelict and abandoned, once-fortified NATO or Western commercial-company bases were scattered all along our route, and I wondered which might be home to a rocket-launcher looking for a target.

Arriving at the UN compound at last, I cast an experienced eye over the fortifications and security guards. I was reassured that they were sound. I even smiled a wry smile when I saw there was a large protection team made up of former Gurkha soldiers – fearsome warriors with a smile for their friends, and a kukri (their standard-issue bladed weapon) for their enemies.

I hoped that, working with the UN, I might be able to help to improve things and, of course, make some money into the bargain. The place and staff certainly seemed well set up, with plenty of dedicated professional people from all over the world supported by many locals such as my drivers – all well-educated and capable Afghans.

Little did I know that, within weeks, the new US president would pull the rug from under the whole international edifice by unilaterally withdrawing his troops, as allied nations rushed to scuttle out with them. In truth, I don’t blame them.

As most of us predicted, the Taliban have since seized on this retreat and are now maximising their opportunity to grab cities and towns – Kabul too, most likely – before the freezing winter makes fighting too difficult. Assassinations of public officials and attacks on power supplies reinforce the impending threat to the capital. Meanwhile, IS-K carries on killing or bombing pretty much anyone it pleases, organised crime in all its forms is flourishing, and kidnappings are rife.

The Afghan government, while putting up a front of resistance rhetoric, is in disarray. The president is reacting like many despots before him: firing and replacing ministers, generals and police chiefs in a desperate bid to blame others for the debacle and retain some semblance of power. His army and police, who are really used as light infantry soldiers, are deserting in droves. You cannot blame them; thousands have not been paid for months. The money donated by the international community for their salaries continues to be stolen by their corrupt political, army and police bosses. It’s been going on for years. We all knew about it, but did nothing effective to stop it. The political will was not there. Better to say nothing to avoid embarrassing donor governments. Perhaps that tells you why Afghanistan is going the way it is so fast.

Virtually everything the donors have tried to fund – from hospitals to schools to fire engines to police uniforms – gets stolen or misused by the people in power. The very people who now are fleeing the mess to live in apartments or houses bought in Ankara, Istanbul, Dubai, Virginia or Southern California with stolen international donations. I recall an FBI financial crime specialist colleague telling me how dishonest Afghan public officials were laundering the monies meant for the people of Afghanistan through banks in the United Arab Emirates and the British Channel Isles.

Meanwhile, the praetorian guards of this failing government, the Afghan special forces and commandos, continue to fight increasingly bitter battles against the Taliban with failing air support, and try desperately to hold or recover terrain lost by their regular army colleagues or the police as they desert. They do so in the certainty that, if captured, they will be murdered. These very capable troops, trained and now deserted by NATO, have nowhere to go. Just like the South Vietnamese marines and rangers in 1975, their fate is to fight to the death. They have no other choice.

Around the country, various warlords are resurrecting themselves, alongside organised narco-criminals, to protect their own enclaves and wealth. Tribal leaders are making security deals with others. In Afghanistan, it is ever thus.

The future for ordinary Afghan people – the women and children who have gained so much in terms of basic human rights, especially in the cities – looks grim.

What we are seeing now is almost straight out of the playbook we saw unfold back in Vietnam. Who can forget the pictures of the US Embassy in Saigon as people scrambled to get onto helicopters to escape to the aircraft carriers waiting offshore. This time, in Afghanistan, there are no ships waiting. The sea is too far away in this landlocked ‘graveyard of the empires’.

As for the next Western international military intervention, if there is one, I have one piece of advice. It is the same that doubtless many hundreds, if not thousands, of specialists like me have given as they tried to tell truth to power: read the manuals and theses on countering insurgency before you start on your adventure. There are thousands of them to be found in every military academy and university in the US, UK, Europe and beyond.

They all say one thing: the human terrain is the vital ground to capture and military methods are rarely decisive. They all ought to say, as well: Don’t back a corrupt government or you’ll lose.

May the Lord help the people, especially the women, of Afghanistan now.