Home / WORLD / I didn’t vote for Biden, but want him to succeed in righting the train wreck of US democracy. The carnage has to stop here and now

I didn’t vote for Biden, but want him to succeed in righting the train wreck of US democracy. The carnage has to stop here and now 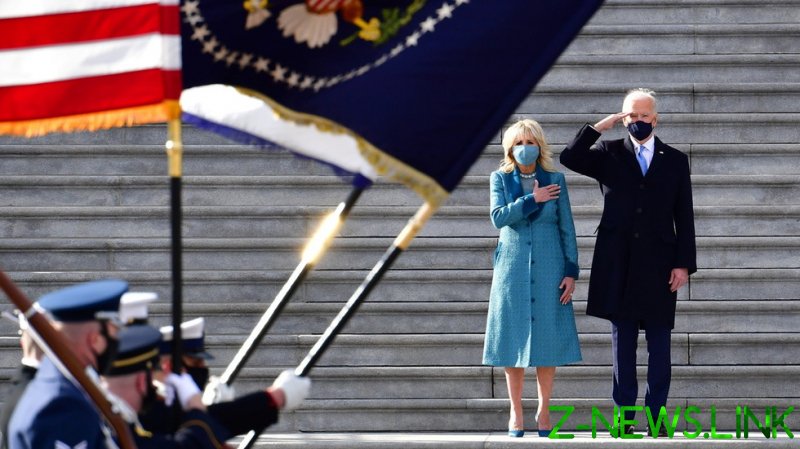 I did not vote for Joe Biden. Truth be told, I never would have, regardless. My personal history of interaction with the former Senator from Delaware is so scarred by his hubris, his arrogance, and his lies about the threat posed by Iraq and the necessity of war to solve a problem of his own construct that I am blinded to any potential he might be able to muster in his new role as president of the United States.

But in the larger perspective, it did not matter whether I voted for him or not. I joined some 75 million Americans in casting a vote for his competition, the now former-president Donald Trump. Unfortunately for Trump, over 80 million Americans cast their vote for Biden. More critically, these 80-odd million votes were spread out among the 50 states in a manner that gave Biden 306 electoral votes – 36 more than the 270 needed to secure victory in a manner mandated by the US Constitution. In the panoply of American democracy, that is what matters most: adherence to the rule of law as set forth in that foundational document.

Over the course of America’s 244-year existence, there have been 59 inaugurations involving 46 presidents. Of the 46 times when a new president was sworn in, the unifying characteristic was the reality that there was a loser who did not contest the peaceful transfer of power that marks America as unique among the world’s democracies. On this 59th iteration of the inaugural experience, this tradition was kept intact – but only just.

Missing in the stands surrounding the US Capitol Building was the outgoing president, Donald Trump, who, instead of honoring tradition and showing respect to the future president, opted to depart the White House early and make his way into an uncertain political exile in Florida. Trump’s absence was only fitting, given the role he played two weeks prior in winding up the passions of a crowd of protesters who, by storming the Capitol while a joint session of Congress was convened for the purpose of fulfilling its constitutionally mandated task of confirming the vote of the Electoral College, turned into a mob of insurrectionists.

Trump sought to breathe life into the notion of “We the people”– the first three words contained in the preamble of the Constitution he swore to uphold and defend. “Today,” Trump said, “we are not merely transferring power from one administration to another, or from one party to another, but we are transferring power from Washington, DC and giving it back to you, the American people.”

What Trump said next takes on a more ominous tone when reflecting on the actions that transpired nearly four years later, on January 6. “What truly matters is not which party controls our government, but whether our government is controlled by the people. January 20, 2017, will be remembered as the day the people became the rulers of this nation again. The forgotten men and women of our country will be forgotten no longer. Everyone is listening to you now.”

Millions of Americans watched Donald Trump’s speech, taking in every word. Many of these same people believed the President’s allegations of widespread voter fraud in the US 2020 presidential election. Thousands of these followers gathered before the White House and listened to their president exhort them to “stop the steal” by marching on the Capitol Building. And they did – after all, Trump had turned the reins of governance over to them, making them the de facto rulers of the nation.

The extra-Constitutional tone of the speech, as delivered four years ago, set off warning alarms to anyone versed in the norms of Constitutional processes. Looking back, it is clear today that Trump’s inaugural address was a self-fulfilling prophecy. The American carnage that Trump spoke of did not stop there and then, but continued to manifest itself, leading to the horrific scenes of American citizens storming the halls of Congress, ostensibly on the orders of a president who had anointed them the guardians of the nation.

As a supporter of Donald Trump, I must take some responsibility for empowering the unconstitutional acts of the president and his followers that transpired on January 6. As an American citizen who believes fervently in the promise of my country, I owe it to the Constitution that I have sworn to defend, with my life if necessary, to respect the transfer of power from one political party to another, all in the name of the people of the United States. Trump’s misguided effort to empower the people by imbuing them with a role they are neither mandated to act on, nor equipped to handle, missed the entire premise of American democracy – our strength as a democracy comes through free and fair elections, not by brute force applied in partisan fashion.

When Biden took the stage to take the oath of office, he stared out at a scene of Constitutional carnage – a city occupied by 25,000 armed troops whose job it was to secure the inauguration, not from any foreign threat, but rather that portion of the American people who believed that he had stolen their government from them. Grounds that should have been filled with throngs of citizens celebrating the inauguration of a new president – and the first inauguration of a female vice president – were instead empty, the combined consequence of an out-of-control pandemic and the aftermath of the assault on the US Capitol.

Speeches are tricky things – some that sound compelling at the time of delivery are soon forgotten, while others assume legendary status through the passage of time. It is not the time to pass judgement on President Biden’s words – historians and political scientists will pick through them with a fine comb in the days, weeks, and months ahead, seeking to find both meaning and relevance.

Their task is even more compelling given the state of play of American democracy at the moment Joe Biden became the nation’s 46th president. Far from the shining city on a hill that served to inspire the rest of the world, American democracy was a derailed train, scattered about the American political landscape, with its conductors uncertain if it will ever be righted.

Biden’s speech invoked the legacy of President Abraham Lincoln, who was criticized for spending money on completing the magnificent dome of the US Capitol Building while a civil war raged across the land. “If people see the Capitol going on,” Lincoln observed, “it is a sign we intend the Union shall go on.” For Biden, righting the train wreck of American democracy at home, while working to rebuild frayed relations with nations abroad, represents a similar undertaking. By doing so, he argued, the American people and the rest of the world will see that, under Biden’s leadership, the Union will go on.

As an American, I want Joe Biden to succeed as president – his failure would, by extension, represent the failure of my nation. The task before him is immense: to heal a deeply divided nation, to reinvent what it means to be a patriotic American in the hearts and minds of millions of citizens who fervently believe he stole the election from them, to rebuild an economy ravaged by the fallout from a pandemic that has killed some 400,000 Americans, and to restore America to what Biden believes is its rightful place at the head of the nations of the world.

I struggle to see how the man I know personally could be up to such a monumental task. But I was familiar with Senator Biden. The man who spoke today was President Biden. His words came from the heart. Only time will tell if they reflect the true nature of the man who took the oath making him my president. I hope and pray that they do. Because this American carnage must stop right here and right now.