Home / WORLD / ‘I could buy a house!’: White House brags about 16-CENT price drop for July 4th cookouts in 2021, netizens not impressed

‘I could buy a house!’: White House brags about 16-CENT price drop for July 4th cookouts in 2021, netizens not impressed 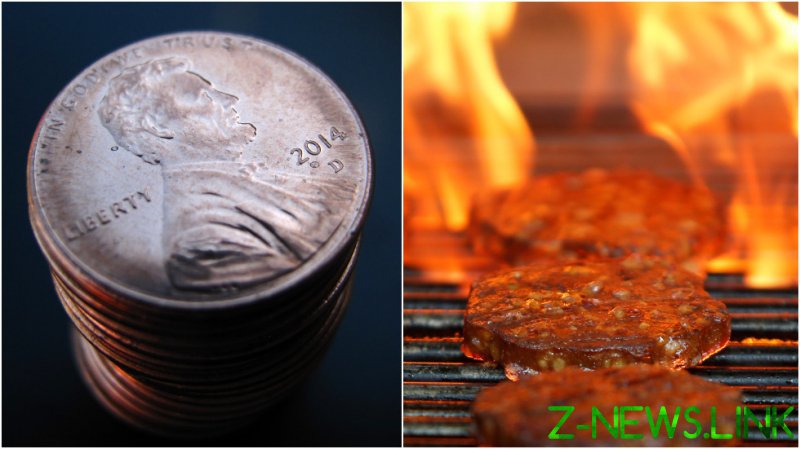 The Joe Biden administration ran a victory lap on Thursday as it announced – through an onslaught of puns – the 16-cent cost reduction for an average Independence Day get-together, noting that goods including beef, ice cream, pork and beans had all gone down in price from 2020.

“Planning a cookout this year? Ketchup on the news. According to the Farm Bureau, the cost of a 4th of July BBQ is down from last year,” the White House tweeted, attributing the cuts to unspecified Biden policies.

The upbeat message was soon met with scorn, as netizens asked how a fraction of one dollar could possibly improve their lives, some sarcastically planning ways to spend the 16-cent windfall.

“I still have tens of thousands in student loans, I can’t afford to buy a house as a first-time homebuyer in the skyrocketing housing market… but hot dog! I can save $0.16 on my fu**ing 4th of July groceries,” one user said, calling the announcement “fantastic news.”

Some critics, including Republican Rep. Elise Stafanik (New York), argued that the meager price drop would be more than offset by rising fuel costs, with one user telling the White House “now do gas prices.”

Even some self-proclaimed Biden voters warned that the White House was on thin ice after its attempt at wordplay.

Another user, meanwhile, tried to speak in language the White House might understand, ‘mustarding up’ a painful series of puns to blast the administration for “inaction” on the student debt crisis, which is unlikely to be solved by the cookout savings.

Yet another detractor observed that the 2021 cost drop was relative to prices during the Covid-19 pandemic last year, which disrupted global supply chains and saw major cost jumps, saying the White House was effectively “advertising a big L.”

Indeed, a recent update from the American Farm Bureau Federation – whose figures were cited in Thursday’s White House announcement – noted that while prices are down 16 cents compared to 2020, they remain 8% higher than 2019’s pre-Covid costs.

Oddly, when the article was originally published on June 29, it reported the opposite news, saying cookout costs had gone up, not down, by 16 cents this year. The article appears to have been altered in the meantime, even replacing one graphic to reflect the changes. The reason for the discrepancy remains unclear, and the Farm Bureau Federation did not immediately respond to RT’s request for clarification.