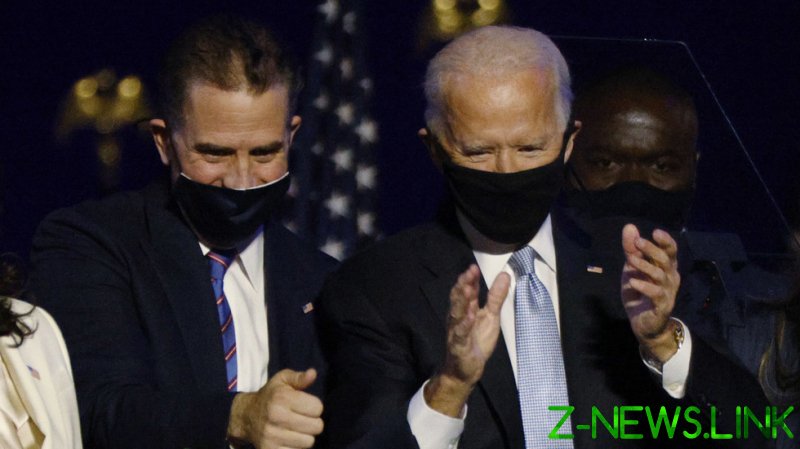 “I am absolutely certain, 100% certain that at the end of the investigation, that I will be cleared of any wrongdoing,” Hunter Biden told ‘CBS This Morning’ on Sunday, while promoting a new memoir. He added that he trusts in the process and feels he has done nothing wrong.

He confirmed last year that the US Attorney in Delaware was investigating his taxes.

“I am confident that a professional and objective review of these matters will demonstrate that I handled my affairs legally and appropriately, including with the benefit of professional tax advisers,” he said in a December statement.

The investigation followed accusations of corruption and using his father’s previous position as vice president to profit from foreign dealings, after messages and images reportedly from Biden’s laptop were released by the New York Post. Though the data was initially dismissed by many as not real, Biden confirmed in his CBS interview that the laptop in question could very well be his.

President Biden has promised he will stay clear of the investigation into his son – which reportedly began in 2018 – and has kept on Delaware US Attorney David Weiss to “fulfill his promise of maintaining independence,” according to White House Press Secretary Jen Psaki.

Biden’s interview with CBS has already been met with a wave of criticism on social media, as pundits have accused the network of not pushing the president’s son hard enough on answers about the scandalous laptop, as well as allegations of corruption.

“This has every single classic indicator of deception. Twitter & Facebook should be utterly embarrassed to have run cover for this guy,” journalist Megyn Kelly tweeted in reaction to Biden’s non-concrete answer on the ownership of the laptop.