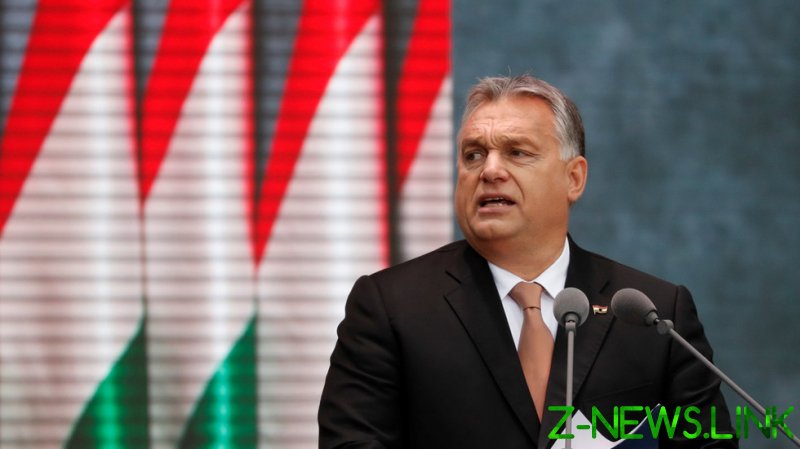 Energy bills have been spiking for customers across Europe because of bad decisions made by “bureaucrats in Brussels,” who are fighting for ecology by continuously raising the price of energy generated from coal and gas, Orban insisted in a radio interview on Friday.

“These decisions must be withdrawn… at present gas prices are where they should be in 2035. Brussels isn’t the solution today, they are the problem,” he said.

According to the PM, the difficult situation on the energy market would top the agenda at the next EU summit, with Budapest, Warsaw and Prague to present a unified front at the meeting and offer their solutions to the crisis.

Orban again blasted EU climate policy chief Frans Timmermans, who is pushing hard for the EU to cut net greenhouse gas emissions by at least 55% by 2030. He recently warned that the rising emissions from Europe’s transport sector may prevent the bloc from achieving that goal.

“It’s a commissioner called Timmermans, who is posing the biggest threat to us,” the PM said.

The Hungarian leader already attacked Timmermans during his visit to Slovenia on Thursday, saying that “his calculations were incorrect and the EU residents must pay the extra price.” He also slammed the EU’s climate change policies as “foolish.”

Those not paying “the extra price” are actually the Hungarians, as caps on gas and power price hikes for households have been in place in the country after being introduced by Orban’s government in 2010.

The spike in energy bills in the EU, which the experts say was driven by rising gas prices and soaring cost of permits on the bloc’s carbon market, have only increased the split on green transition policies within the 27-member union. While wealthy nations see it as a sign to boost action against climate change, the poorer countries are voicing increasing concerns about the economic fallout of such measures.

Midweek, European gas prices have set a scary record by rising above$1,900 per 1,000 cubic meters – nearly three times higher than in September. The price dropped significantly after Russia said that it was going to boost gas supplies to the bloc, but the situation still remains harsh.