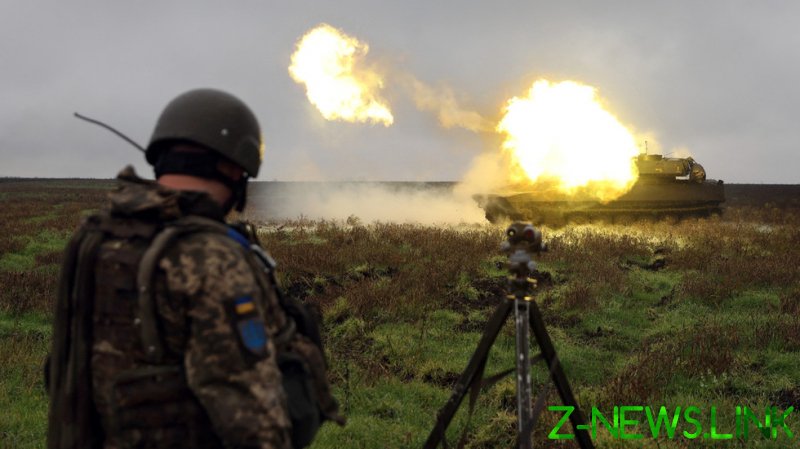 The Hungarian Foreign Ministry has rejected EU calls for Russia to be defeated in Ukraine, saying the bloc needed peace, not a prolonged conflict.

EU Commissioner for Home Affairs Ylva Johansson made several statements on the hostilities this week, stressing the bloc’s “determination, resolve and unity to stand by Ukraine as long as it takes.” She also insisted that “to end this crisis, first, Putin must lose.”

Responding on Friday, Tamas Menczer, State Secretary at Hungary’s Foreign Ministry, accused Johansson of making “a very dangerous statement because it links the end of a crisis with a military event, about which we don’t know when will it happen or if it happens at all.”

“This pro-war stance of Brussels extends the conflict and suffering. This is extremely dangerous and unacceptable,” he insisted.

Menczer reiterated the position of the Hungarian government, which is that “we need immediate peace instead of a longer war. Peace requires an immediate ceasefire and dialogue.”

Hungary has remained relatively neutral since the outbreak of fighting in Ukraine in late February. It has refused to send arms to Kiev unlike many fellow EU members and consistently criticized the sanctions imposed by Brussels on Moscow. Budapest, which is heavily dependent on Russian fuel, was also able to negotiate an exemption for itself from the bloc-wide ban on Russian oil.

Moscow, which has repeatedly invited Kiev to come to the negotiating table, has blamed the Ukrainian side for undermining any potential for a peaceful settlement of the conflict.

Earlier this month, Ukrainian President Vladimir Zelensky signed a declaration that officially made it “impossible” to hold any negotiations with his Russian counterpart Vladimir Putin. The move followed the inclusion of the Kherson and Zaporozhye Regions, and the People’s Republics of Donetsk and Lugansk, into Russia as result of referendums in those territories. Kiev and its Western backers have labeled September’s votes a “sham” and continue to view the areas as parts of Ukraine.