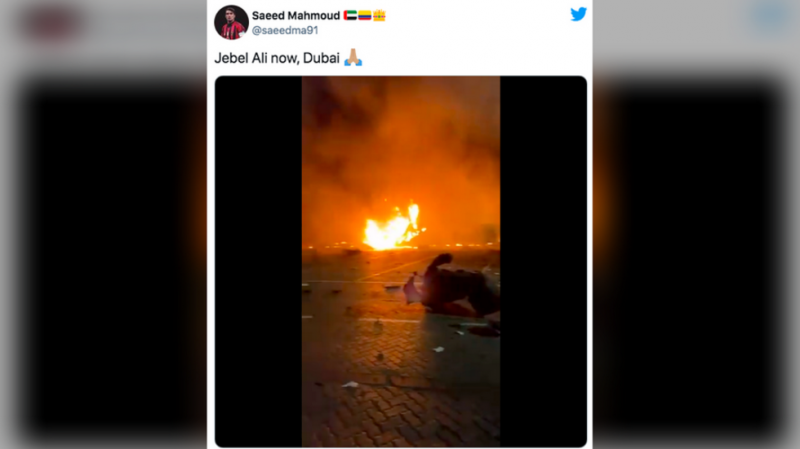 Local residents reported hearing a loud bang across the city late on Wednesday, with some eyewitnesses posting footage and photos of the blaze in the distance. It’s not clear what caused the incident.

The fire was so big it was seen from across the harbor, according to videos shared on social media.

Other footage showed Dubai emergency services attempting to put out the flames with piles of debris scattered around the port near the affected ship, and pools of fire still burning near what appeared to be container wreckage.

No injuries have been reported so far, the government of Dubai said in a later update. A Dubai Civil Defense team was deployed to tackle the blaze, it added, and the fire was brought under control.

Its media office also shared footage of firefighters at the scene.