Home / WORLD / How to balance the calls for Washington, DC statehood with the move’s inherent Democratic bias? Simple, split a red state in two

How to balance the calls for Washington, DC statehood with the move’s inherent Democratic bias? Simple, split a red state in two 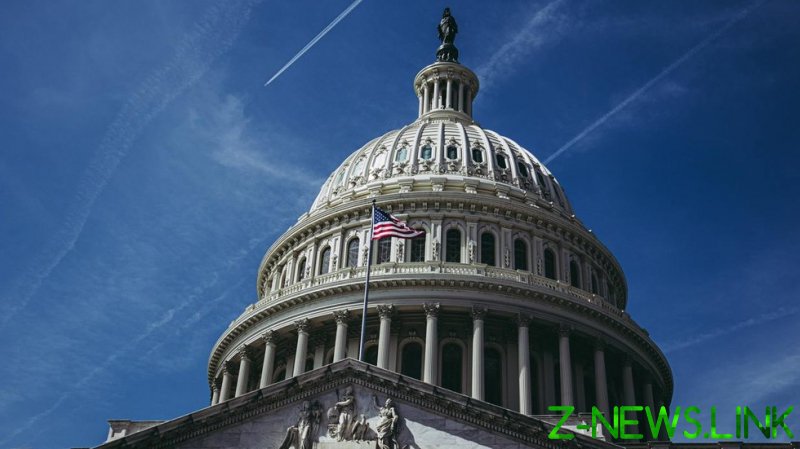 There are two perspectives regarding the case for turning Washington, DC into the 51st state. One is obvious, explicit, above-board, mentioned by adherents of this proposal. The other is hidden and only implicit.

The first is not unreasonable. Citizens of this great US metropolis are disenfranchised. Every other member of this polity is represented by at least one member of the House of Representatives, and by two senators. The same cannot be said for the denizens of DC. They have one member of the House, but a non-voting one. This is an injustice that cries out for redress.

The second is something else entirely. The inhabitants of DC can be relied upon to vote for one of the two major parties in the US by an overwhelming majority. It is perhaps why this party (the Democrats) fervently supports this new possibility while the other (the Republicans) adamantly opposes it. Independents, members of third parties (of which there are several) may be excused for thinking this effort to be blatantly unfair.

So, as campaigners gather to march on this issue (among others) this weekend we must ask how can the first goal be attained while not accepting the injustice of the second? How can the polity have its cake and eat it too?

It is simple. Convert Washington, DC into the 51st state, alright, but balance that with the creation of a 52nd state, which can equally be relied upon to support the other major party. If Puerto Rico also attains statehood (don’t ask) this can be balanced with two more on the other side of the ledger.

How could this be accomplished? One way would be to divide “red” states (quite how we ended up with red for Republicans when the Democrats are much more associated with socialism baffles me) into two parts. For example, create Eastern and Western Montana, or Northern and Southern Kansas. Each would have as many representatives as were awarded to the new state of Washington, DC, assuming that the population sizes worked out in that way, plus two senators each. Or, perhaps break up a state into two that features very divergent voters located in different areas. For example, eastern and western California, or eastern and western Oregon. If we did this with Washington, we could have not one, not two, but three states named after the first president of our country. (Of course, he was a toxic white male, so we might have to cancel him in all three locales, but that is another story).

There is precedent for this sort of thing. New slave and non-slave states were once upon a time balanced with one another in an attempt to ward off the war of 1861 (No “civil war” occurred at that time; this description apples to Spain in 1936 and to Russia in 1917, since each side wanted to rule the entire country; in the US, the north wanted to impose its will over the south, but the latter did not reciprocate; instead, it wished to secede; so the proper nomenclature would be “War Between the States or War to Prevent Southern Secession”).

The pre-1861 balancing policy failed to avert war, to be sure, however, if we can prevent one side piling on against the other in the present epoch, this might well obviate animosity. One or two more states on one side of the aisle, and none on the other, might well threaten the social, economic and political fabric of the US, which is already quite frayed (thank you very much, major parties!). It is at least worthwhile to consider this compromise, not least because it should reveal the real motivation behind DC statehood.