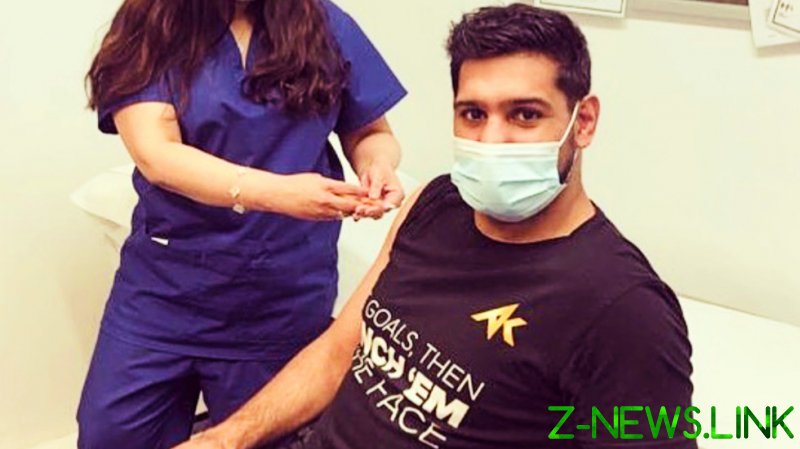 Former world champion and Olympic silver medalist Khan, 34, confirmed Wednesday that he has received a vaccination against Covid-19, confirming on Instagram that he had received the much sought-after shot.

“Finally got my Covid vaccine. Feel fantastic. #Staysafe #nhs #nhsstaff #thankyou,” he wrote in accompaniment of the post.

Within minutes, though, Khan was inundated queries from fans about how he received a jab that his age group in the UK does not yet usually qualify for.

“How come? Lots of people older and more vulnerable than a fit fighter? I don’t get it? Still waiting for mine,” wrote another.

A third wrote that they “couldn’t think of anyone less deserving” of early access to the Covid-19 vaccine, referencing various Covid guidelines that Khan has appeared to flout in recent months.

In February, Khan was slammed after being found to have driven a 230-mile round trip to attend a dinner at an upmarket restaurant, and in December he was photographed embracing Cristiano Ronaldo at an awards ceremony in Dubai just days after he had come into contact with a confirmed Covid-19 case.

He has also come under fire for attending various parties and large gatherings on at least two instances during the UK’s lockdown restrictions.

Speaking to Mail Online, Khan’s father, Shah, explained that his son was given the jab after explaining to his GP that he is in regular contact with his mother, who is suffering from stage 4 pancreatic cancer.

“Obviously, Amir’s mother is very sick and he spends time around her so he, and even I and the rest of the family, have had our shots,” he said.

“He’s not a carer for her but he spends time with her. I don’t know the ins and outs but I know he approached his doctor and explained the situation.”