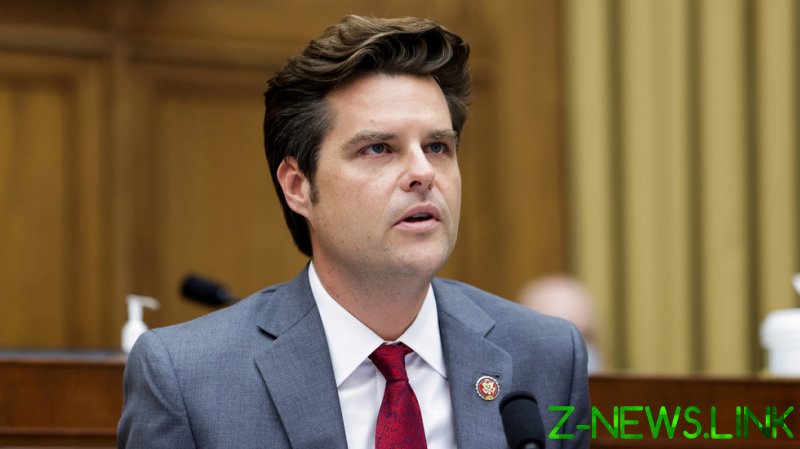 A rising star in the Republican Party’s ‘MAGA wing,’ Florida Rep. Matt Gaetz has spent the last two weeks fighting off mounting allegations of corruption and sexual misconduct. First he was accused of sexual encounters with a teenage girl. Then he was accused of paying multiple adult women for sex via an accused sex trafficker. Finally, the House Ethics Committee announced on Friday that it would open an investigation into these allegations, as well as accusations that he used campaign funds to finance this activity.

The committee, led by Florida Democrat Ted Deutch, will also probe sexual misconduct allegations against Rep. Tom Reed of New York, a Republican considered a potential challenger to Governor Andrew Cuomo. Unlike Gaetz, Reed has already admitted the allegations against him, apologized, and announced that he would not seek reelection next year.

In the weeks between the initial salacious reports and the committee opening the Gaetz investigation, the mainstream media dug up further allegations to back up the claims against the Florida Congressman. CNN, for example, claimed that he showed his fellow lawmakers naked pictures of the women he’d slept with.

Amid pressure from Democrats and from within his own party, Gaetz has refused to resign. He insists that the allegations are an attempt by a former Justice Department official to extort both him and his father, Don Gaetz. The man Gaetz has accused of running the extortion scheme admitted that he asked Gaetz’ father for cash, but denies any shakedown attempt. Documents seen by the Washington Examiner, however, show him promising that he could make Gaetz’ “future legal and political problems go away,” and warning the Congressman that the FBI had videos of him engaging in a “sexual orgy with underage prostitutes.”

Whether these videos exist or not is unknown. In a further twist to the story, Gaetz insists that the sexual misconduct allegations against him are an attempt to distract from an ongoing FBI investigation into the alleged extortion attempt.

With the Justice Department and the Ethics Committee both investigating Gaetz, the Florida Republican’s future is up in the air. Before the scandal, Gaetz reportedly weighed the idea of running for higher office, possibly making a bid for the Senate in Alabama with Trump’s endorsement. Whether or not he is found guilty of any crime, the current storm of negative publicity would certainly complicate that effort.

Should the scandal crush Gaetz’ ambitions, Democrats wouldn’t be the only ones celebrating. Gaetz has made a number of enemies within the establishment wing of the Republican Party, among them anti-Trump Senator Liz Cheney, who Gaetz traveled to Wyoming in January to campaign against after Cheney voted to impeach Trump.