‘Horse dewormer’ overdose story debunked: We have no such doctor & treat people as normal, hospital says 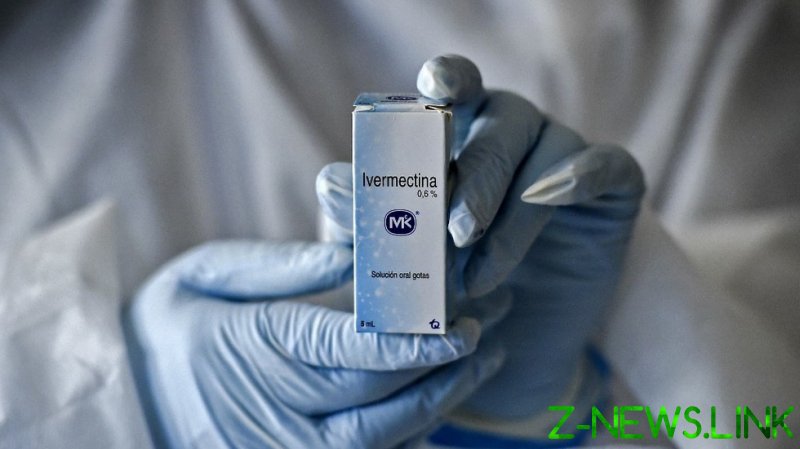 As it turns out, the story was horse s**t from top to bottom. When podcast host Joe Rogan announced he was treating his own case of Covid-19 with a cocktail of medications including ivermectin, the establishment commentariat went into overdrive, describing the drug – a Nobel Prize-winning anti-parasitic widely used around the world – as a dangerous substance used in the treatment of livestock.

Even after Rogan kicked Covid-19 within three days, the media’s onslaught against ivermectin kept going, as pundits continued to refer to the drug as a “horse dewormer.” Rolling Stone, The Independent, The Guardian and other outlets reported on Friday that in one Oklahoma hospital, the ER was so overflowing with ivermectin overdoses that gunshot victims were being turned away.

Based on a local report from a few days earlier, these outlets quoted Doctor Jason McElyea of Sallisaw, Oklahoma, who described patients showing a litany of symptoms including nausea, vomiting, muscle aches and even “vision loss.”

Yet none of it was true. The hospital McElyea worked at, NHS Sequoyah, released a statement on Saturday disavowing the doctor’s story.

“Dr. McElyea has not worked at our Sallisaw location in over 2 months,” the statement read. “NHS Sequoyah has not treated any patients due to complications related to taking ivermectin. This includes not treating any patients for ivermectin overdose.”

“All patients who have visited our emergency room have received medical attention as appropriate. Our hospital has not had to turn away any patients seeking emergency care.”

The clarification came after a host of liberal pundits had tweeted out McElyea’s story as fact.

Ivermectin is used to treat parasitic infections in livestock as well as humans, albeit at much higher doses in the former. A number of studies and some anecdotal evidence suggest that the drug can treat Covid-19, but it has not been approved by the Food and Drug Administration (FDA) for treating the coronavirus.

The FDA put out a tweet last month warning Americans away from self-medicating with animal formulations of ivermectin, commonly available at veterinary surgeries and feed stores. “You are not a horse. You are not a cow. Seriously, y’all. Stop it,” the snarky tweet read.

Despite some studies touting its efficacy against the virus, discussion of ivermectin as a treatment option is all but banned on some social media platforms. YouTube suspended a sitting US senator for talking about ivermectin and hydroxychloroquine as treatments, while Twitter blacklisted a peer-reviewed medical journal for publishing evidence of ivermectin’s effectiveness.