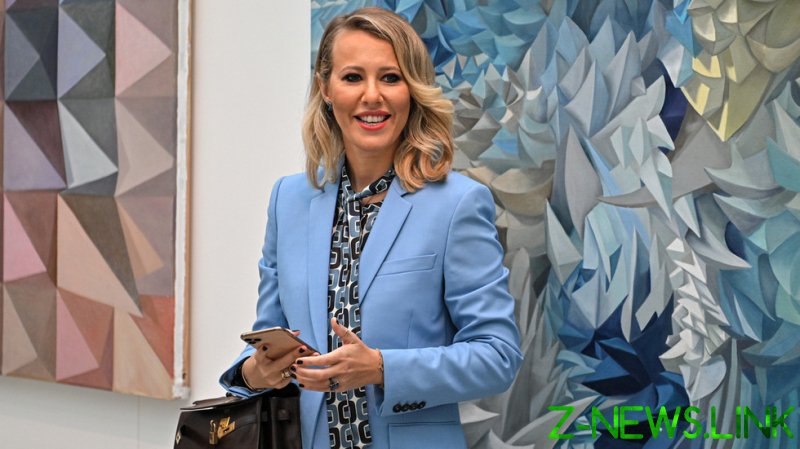 The accident happened late on Saturday as a rented Mercedes S500 was carrying Sobchak and two of her associates from the ski resort town of Krasnaya Polyana, a key site of the 2014 Winter Olympics, to Sochi airport. Sobchak had apparently been in Sochi to host a corporate event.

The driver of the Mercedes, with whom Sobchak said she had no connection, attempted to overtake a bus, driving into the oncoming lane, but ended up crashing head-on and at high speed into a Volkswagen Polo.

There were three people in the Volkswagen. A 35-year-old female passenger was killed on the spot, while the driver and another passenger, a 29-year-old woman, were rushed to hospital in a critical condition. After the initial collision, the Mercedes veered into the bus, which had 10 people aboard, but none of them was hurt.

Neither the driver nor the passengers of the Mercedes sought medical help at the scene, and media reports suggest it wasn’t they who had called for an ambulance. Sobchak subsequently got into another car and continued to the airport, where she reportedly took a flight to Moscow.

She took to Telegram on Sunday to confirm that she had been involved in the accident, expressing her “horror and shock that people have died.” The 39-year-old social-media darling wrote that she had been rendered unconscious as a result of the impact and had later been diagnosed with a concussion and multiple sites of internal bruising. Sobchak says that she had refused hospitalization in Sochi and had left the Black Sea resort city because she wanted to be with her son.

Ksenia Sobchak is the daughter of Anatoly Sobchak, the former mayor of St. Petersburg, whose deputy and right-hand man in the 1990s was Vladimir Putin. The Russian president has spoken highly of his mentor, who died in 2000, and has said he had learnt a lot from him.

Sobchak first made a name for herself as the host of the scandalous yet super-popular reality television show ‘Dom-2’ in the early 2000s. Back then, she was known only as a socialite and was often referred to in the media as the “Russian Paris Hilton.” She quit the show in 2012, turning towards more serious journalism, and eventually hosted programs on Russia’s Channel One, liberal TV Rain (Dozhd), and MTV Russia.

In 2018, she ran in the country’s presidential election, coming fourth, with 1.7% of the vote.

Sobchak is now the host of her own successful YouTube show, which features interviews, documentaries, and weekly news programs that regularly garner a million views per episode. She has yet to address the horror of Saturday’s crash with her audience there.