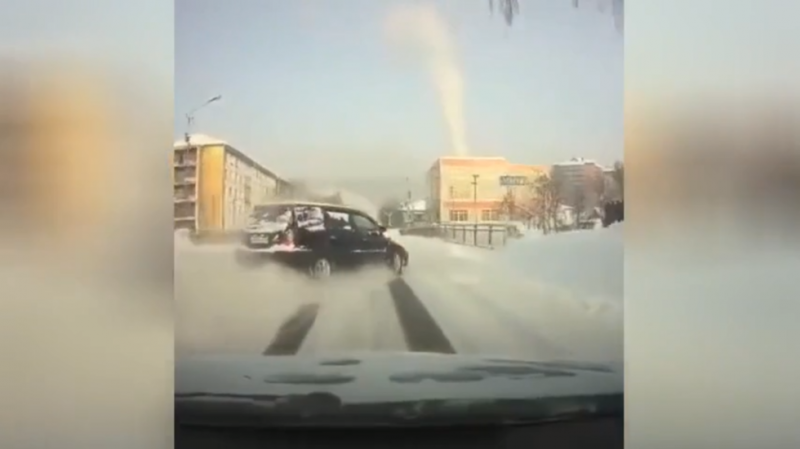 According to the regional prosecutor’s office, a 38-year old local woman in the Siberian city of Gorno-Altaisk lost control of the car in the icy weather. “When overtaking, the driver did not take into account road conditions, lost control and ran through the metal railings of the bridge, leading to the vehicle overturning,” officials said in a statement.

The woman’s two-year old child was in the Honda Odyssey at the time. Both were taken to a nearby hospital, but were found to have fortunately escaped the overturned car with only minor bruises and were subsequently discharged.

An investigation will now assess both the facts of the case and whether the safety of the road played any role in the crash.

Gorno-Altaisk, located close to Russia’s borders with China, Kazakhstan and Mongolia, has been hit by a blast of cold weather, with the mercury dropping to a chilling -25 degrees Celsius (-13 Fahrenheit) this week.