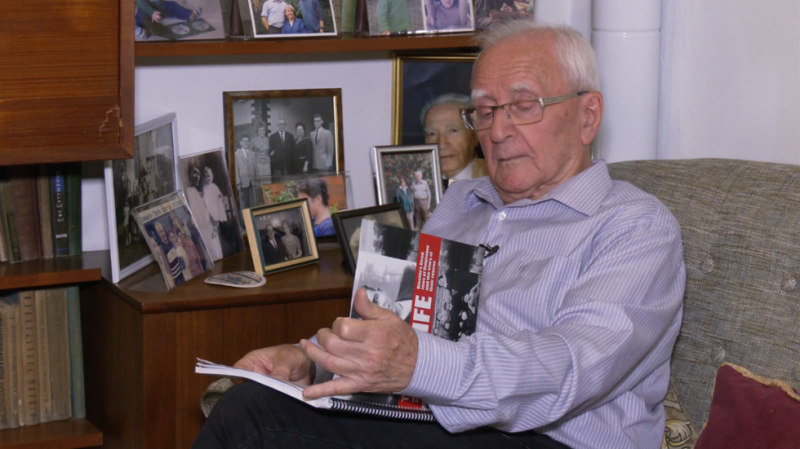 Leon Rubin was only five when the Nazi forces entered Dolginovo in the Soviet Republic of Belarus just days after attacking the USSR on June 22, 1941. The mainly Jewish village near the Polish border was strategically important as it stood on a major transport artery, which even Napoleon used during his failed attempt to conquer Russia in 1812.

The Nazis executed the rabbi and captured those who were part of the Soviet administration, but “at first, there were no mass killings,” Rubin said. He recalled how he and his peers ran to look at the troops and hardware moving eastward through the village day and night. “We weren’t that afraid of the Germans. As kids, we were curious.”

But there were other forms of repression against the 3,000 Jews in the village that had been introduced from the start. “Jews were banned from using the pavement and could only walk on the road where cars drove. A Jew had to take off his hat and bow whenever he saw a German. The Jews were also forced to wear a Star of David sign on the front and back of their cloths, including children,” he said. 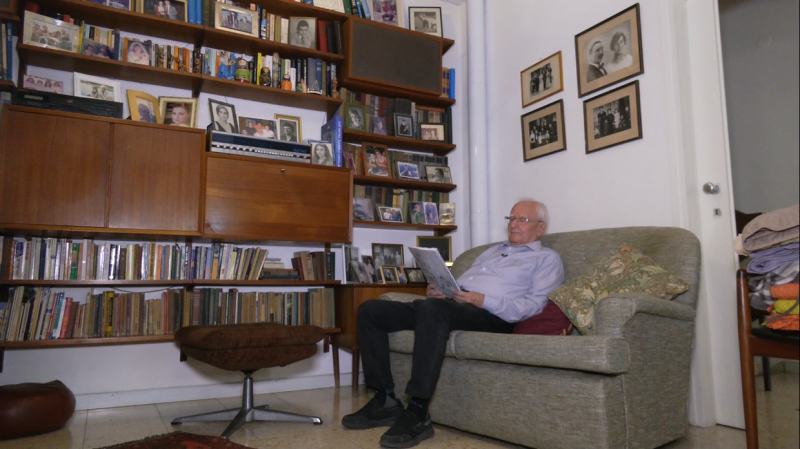 The screws were tightened gradually in Dolginovo. The winter of 1941 was harsh, and once when two of Leon’s elder brothers, who were 16 and 14, and their 14-year-old cousin went to the forest to chop some wood to heat their home, they were stopped by the Nazis, who threw them in a shed and started beating them. “It was horrible… When one German soldier got tired of beating them, he [was] swapped by another… One of my brothers had his skull cracked open, the other almost lost his eye; the cousin was also badly hurt,” he said. The three were eventually released “all bloodied,” but didn’t dare complain about what had been done to them.

The first ethnic cleansing of Jews, or “action,” as Rubin called it, happened in Dolginovo in March 1942. A hit squad of German and Baltic collaborationist troops was in the village “from early morning till nightfall, they were searching for Jews in the streets and in their homes, killing those they could find as if they were mice, not people,” he said.

According to Rubin, around 1,200 people were executed that day. He and his family survived only because they prepared a special shelter, and the entrance was hidden inside a wardrobe in the shed.

A few weeks after that, the Nazis ordered the creation of a ghetto in Dolginovo. They cornered off a street and forcefully settled all of the remaining Jews there, with Leon’s family moving in along with the relatives of his late uncle.

They dug a shelter on the new spot too, and hid there during the second “action,” which was performed by the Nazis in April, and this time lasted for three whole days. It was a deep hole and ground water got inside it. Nine people had to spend countless hours neck-deep in the water, while hearing “people running, gunshots and cries” from the outside, Rubin said.

Only several hundred Jews were left alive after that raid, but the Rubins, who also took in some orphans, stayed in the ghetto, even despite one of Leon’s sisters being taken to a Nazi labor camp. “We just kept living. We had nowhere to go,” Rubin said.

But after the third action, the family realized that the executions would not stop and decided to escape Dolginovo at any cost.

Around 12 people that were able to flee set up a camp in the woods and were soon joined by other Jews who also made it out of Dolginovo. One day, they were approached by the local partisans from the Mstitel (Avenger) unit, which was headed by Ivan Timchyuk. Before the war, he was the head of a collective farm that employed many Jews and was well-respected by them.

Timchyuk “provided us with help and food. And that’s how we joined the partisans,” Rubin said. The guerilla fighters also organized an escape of inmates from the local labor camp, which meant Leon’s sister was reunited with the family.

But the partisans, who were also busy fighting the Nazi invaders, couldn’t afford to take care of such a large group of civilians. When Timchyuk contacted Moscow on the issue, he was given orders to organize a march of 300 Dolginovo ghetto survivors – mostly elderly, women, and children – behind the front line; and the only way to get there was through German-controlled areas. 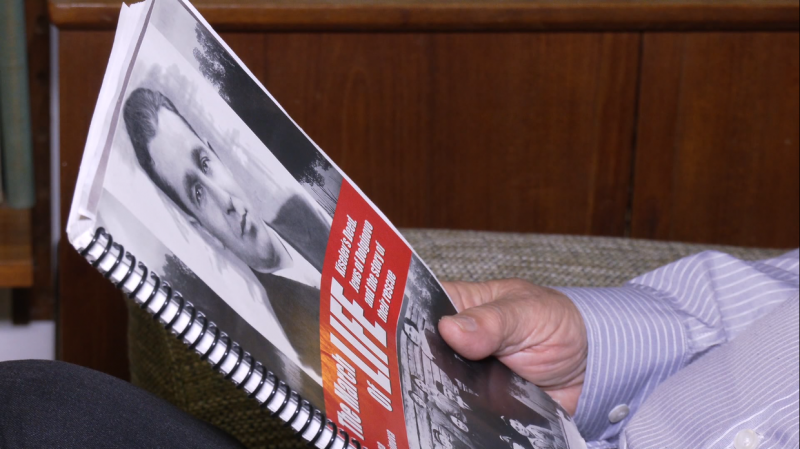 The daring task was assigned to Nikolay Kiselev, a former Red Army officer, who was captured by the Nazis but fled the prison camp and joined the partisans. “Kiselev really turned out to be the man who could pull it off,” Rubin said.

The operation that was later called ‘the March of Life’ started on August 30, 1942. The group headed by Kiselev and several partisans under his command “only moved during the night, while hiding in the woods in the day. We made 30 or 40 km per night.”

But despite all the precautions, “the danger was still great,” and the Nazi attacks couldn’t be avoided completely, Rubin said.

The commander faced another difficult test – deciding on the fate of a three-year-old girl who was among the marchers and “was always crying.” When they were passing an especially dangerous area near a river, the people started pressuring her parents to drown the toddler as she was endangering the whole group. “But when Kiselev learnt about it, he swiftly came, picked the girl up and somehow managed to calm her down,” Rubin said. His stance was clear:

Whatever happens to us, we’re not killing a child.

Eventually, Kiselev managed to lead the group to the Berezina River before the two German armies, which were advancing from the sides, united in that area. The Jewish survivors crossed the front line near the village of Toropets, 414 kilometers west of Moscow.

“We thought we were saved, but the Germans, dressed up in civilian clothes, broke through the front line,” and Kiselev’s group was once again scattered and suffered losses. When they reunited again on the Soviet side, the Jewish marchers and their Russian commander faced accusations of being spies, but the misunderstanding was soon cleared up. The group was placed on a train and sent to Central Asia, away from the war.

The march which Kiselev led lasted for more than a month, covering around 1,500 kilometers on foot through occupied territory, resulting in 218 Jews from the Dolginovo ghetto being saved.

The emotions he felt after realizing he was out of harm’s way were “hard to describe with words,” Rubin said.

Rubin, who is now in his 80s, later moved to Israel, but dedicated his life to commemorating the memory of the Dolginovo ghetto victims and Kiselev’s feat.

He collected money which allowed the Jewish cemetery in Dolginovo to be renovated, a fence to be built around it, and two monuments to be placed on the spots of mass graves in the area, in the 2000s. He also organizes an annual memorial event for the Dolginovo victims at the botanical garden of Tel Aviv University.

Rubin also visited the grave of Kiselev in Moscow and met his daughter Tatyana. Nikolay Kiselev died at the age of 60 in 1974. 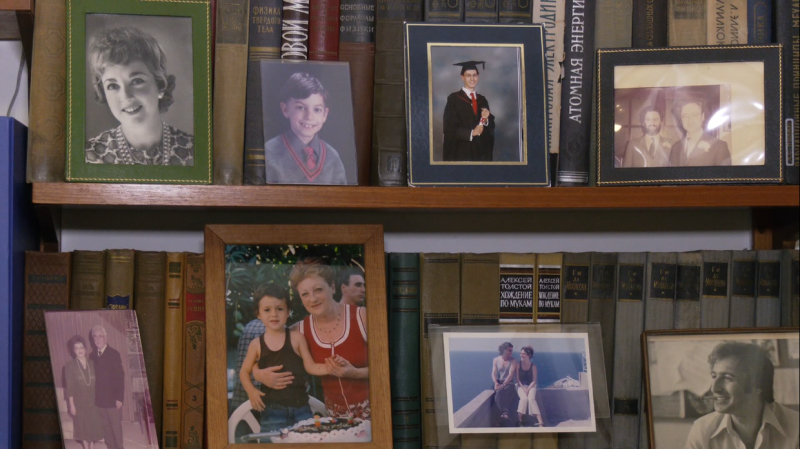 Tatyana Kiseleva also talked to RT, and said her father “never spoke about the details of that march with the family. It was too difficult for him.”

Maybe that’s why Kiselev’s feat isn’t as well known as the rescue of 1,200 Jews by German industrialist Oskar Schindler during World War II.