Home / WORLD / Hold that veggie burger! We don’t need to turn vegan, stop flying or sell the car to tackle climate change after all

Hold that veggie burger! We don’t need to turn vegan, stop flying or sell the car to tackle climate change after all 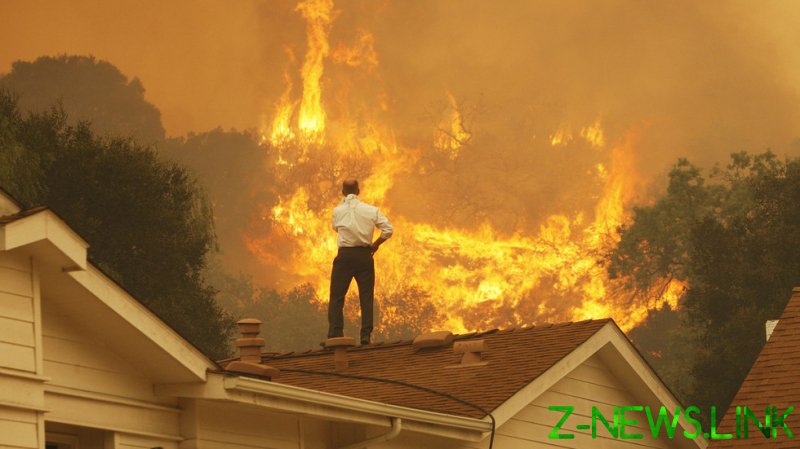 Just as thousands of climate change crackpots prepare to join Extinction Rebellion (XR) for a fortnight of disruption in the City of London financial district next week, the thinking behind their protests has been dealt a body blow.

In words I never thought I’d write, it’s thanks to a report out today from the grandly titled Tony Blair Institute for Global Change, which finds that reaching the much-heralded net zero carbon emissions target by 2050 is not going to be that arduous after all. Stand down climate warriors! Your presence here is no longer required.

The ‘Planes, Homes and Automobiles’ report’s authors, Tim Lord and Brett Meyer, suggest that smaller, individual targets around how often we fly, drive our car and eat meat will have a much greater impact on achieving our climate goals than smashing up banks in London’s Square Mile, glueing yourself to street furniture or throwing bricks and bottles at the police.

They suggest that the political motives which influence outfits like XR actually put many people off subscribing to their side of the debate. The anti-capitalist ranting against financal institutions and big business, as if climate change is entirely their fault, is actually out of sync with the reality that we all need to change the way we behave – not massively, but every little will help.

The report identifies a few key areas which would have significant impact.

For instance, on air travel, often loudly decried as a total no-no by the climate brigade, the reports says, “It is not necessary for everyone to stop flying – in fact, we need to reduce average kilometres travelled per person by plane by a maximum of around 6 per cent between 2019 and 2035.”

That would mean cutting the distance we fly by about 700km, the equivalent to a return flight from London to Manchester. How hard can that be?

As for giving up those medium rare rib-eye steaks and chowing down on tofu, the report says, “We do not all need to become vegetarian; on the CCC’s [UK government’s Climate Change Committee] pathway, meat and dairy consumption reduces by around 20 per cent in 15 years.” Again, not too much of an ask, particularly when all those celebrity chefs we love are churning out tasty veggie dishes every time you turn on the telly.

And what about our prized motors? Well, the report says, “We do not need to stop using cars – kilometres travelled per driver need fall by only around 5 per cent.” Again, that’s around 700km a year, but when you take into account those many, unnecessary short trips around your local neighbourhood, then that isn’t too hard, is it?

The authors point out that “Some have argued that net zero requires mass transition to vegetarianism, an end to international flights, or mass transition away from cars. Those are perfectly legitimate positions to take – but they are not necessarily required to meet net zero. They are, in part, based on wider politics and values.”

There you have it! Job done? If only. The report points out that while these are not the only measures we can all take – reducing food waste and buying less crap from Amazon would also help – these three steps would have the most impact.

Because what the report also found is that despite the clamour, most people have no idea what net zero is all about anyway. At the same time, many of those who are aware believe that others – like the government, big business and even their neighbours – should be doing more, while they themselves are doing enough on their own right now, thank you very much.

Sorting the recycling collection for the binmen? Check. Switched to an electric car? Check. Chose a staycation over Spain this year? Check. There you go, planet saved, thanks to the hard work from the middle classes.

That’s not true, but the report does say, “This is not, of course, to argue that there may not be other reasons to advocate for more significant behaviour change – but it is not required to meet net zero.”

It’s a cracking report and must be the most clear-headed independent assessment of the impact of our behaviour on the climate that I’ve seen in a long time. PM Boris Johnson would do well to read it, or at least have someone else read it and tell him the highlights before Britain plays host to the UN’s climate fest COP26 later this year.

The last time he spoke about climate change on the world stage, he told the UN Security Council that he knew people around the world saw tackling carbon emissions and net zero as “green stuff from a bunch of tree-hugging tofu munchers and not suited to international diplomacy and international politics”.

Maybe those people are right. Maybe politics just confuses the issue. If we take on board the findings of ‘Planes, Homes & Automobiles’ and leave all the politically charged, high-minded talk out of the argument, we could stand a better chance of hitting net zero through simple, everyday adjustments to how we go about our lives. That means we can ignore the politicians.

If that also means we can keep our air travel, our nice cars and our tasty Sunday roasts then it’s hard to imagine why anyone would not agree that this is the way ahead.