Home / WORLD / Hillary Clinton could be charged under precedent set in Trump Impeachment trial, his lawyer says after Rubio floats the idea

Hillary Clinton could be charged under precedent set in Trump Impeachment trial, his lawyer says after Rubio floats the idea 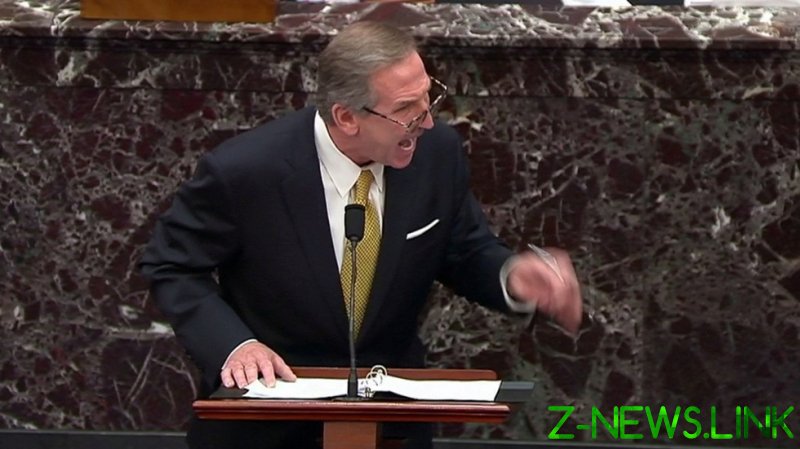 “Is it not true that under this new precedent, a future House – facing partisan pressure to ‘lock her up’ – could impeach a former secretary of state, and a future Senate be forced to put her on trial and potentially disqualify her from any future office?” Rubio asked.

“If you see it their way, yes,” van der Veen said, referring to the Democratic impeachment managers. “If you do this the way they want it done, that could happen to the example there – a former secretary of state – but it could happen to a lot of people. And that’s not the way this is supposed to work.”

The lead impeachment manager in the House, Jamie Raskin (D-Maryland), pushed back, however, insisting Rubio’s hypothetical had “no bearing on this case,” as Clinton “was not impeached in office for conduct while in office.”

At Friday’s hearing, the Trump lawyer also argued that the ex-president’s statements leading up to the January 6 riot on Capitol Hill – which he is accused of “inciting” as the basis of the impeachment effort – were “virtually indistinguishable” from rhetoric used by American politicians for “hundreds of years.”

“Countless politicians have spoken of ‘fighting for our principles.’ Joe Biden’s campaign slogan was ‘Battle for the Soul of America.’ No human being seriously believes that the use of such metaphorical terminology is incitement to political violence,” van der Veen said.

He added that while Trump at no point engaged in “language of incitement,” many Democrats in Washington have themselves resorted to “profoundly reckless, dangerous and inflammatory rhetoric in recent years,” singling out Clinton, who he said “ridiculously declared the [2016] election [was] stolen by Russia.”

Some netizens argued that given the Democrats’ own rationale for impeachment, Clinton’s repeated claims of a stolen or illegitimate election over the years are germane to the case, suggesting the House managers are working under a double standard.

Ahead of the latest hearing, Clinton herself waded into the impeachment drama on Thursday night, tweeting that should Senate Republicans fail to convict Trump, “it won’t be because the facts were with him or his lawyers mounted a competent defense. It will be because the jury includes his co-conspirators.”