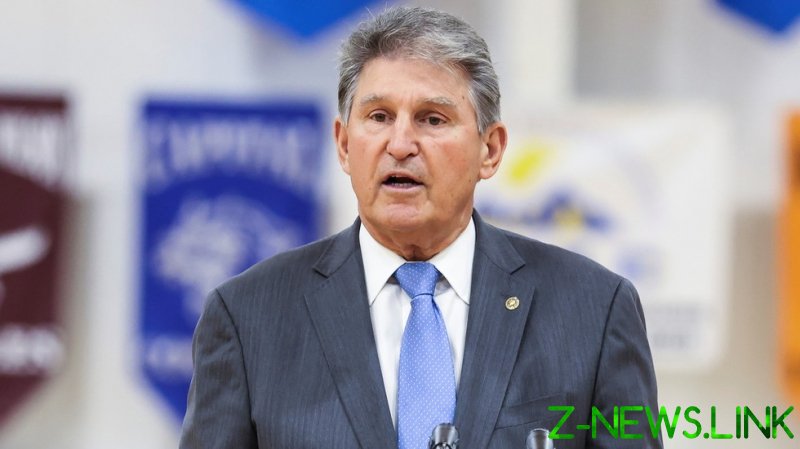 In an op-ed published on Sunday in the Charleston Gazette-Mail, Manchin slammed the For the People Act as “partisan legislation.”

“The truth, I would argue, is that voting and election reform that is done in a partisan manner will all but ensure partisan divisions continue to deepen,” the senator wrote.

Manchin also vowed to “not vote to weaken or eliminate the filibuster [a Senate rule requiring a supermajority of 60 votes to become law],” which numerous Democrats had proposed, eliciting a conservative backlash.

The For the People Act passed through the House in March with a 220-to-210 vote, garnering no Republican support and with one Democrat joining the opposition. The bill requires states to offer mail-in ballots, have a minimum of 15 days of early voting, plus same-day registration, and other reforms. It has been promoted as a response to the recent new voting laws put in place in states such as Georgia.

With Manchin officially standing against the For the People Act, it leaves the legislation little chance of passing through the split Senate and making it to President Joe Biden’s desk. His being in opposition to the Democrat on the issue led to a wave of criticism on Sunday, with numerous critics labeling him a “Republican” traitor to his party.

“It’s effectively doomed,” liberal activist and actor George Takei tweeted about the threat to the bill.

“This is so on-brand for this country. Record number of black voters show up to save this democracy, only for white supremacy to be upheld by a cowardly, power-hungry white dude,” pundit Jemele Hill concurred.

In an interview with Fox News, Manchin reiterated his opposition to the Democrats’ proposed election reform, noting that voting rights had become politicized and asserting that he didn’t want to support a bill that further “divides” the country.

“It’s the wrong piece of legislation to bring our country together … and I’m not supporting that because I think it would divide us more. I don’t want to be in a country that’s divided any further,” he said.