Home / WORLD / ‘He’s clearly suffering from dementia’: Conservatives jeer as Biden mistakes Syria for Libya ahead of talks with Putin

‘He’s clearly suffering from dementia’: Conservatives jeer as Biden mistakes Syria for Libya ahead of talks with Putin 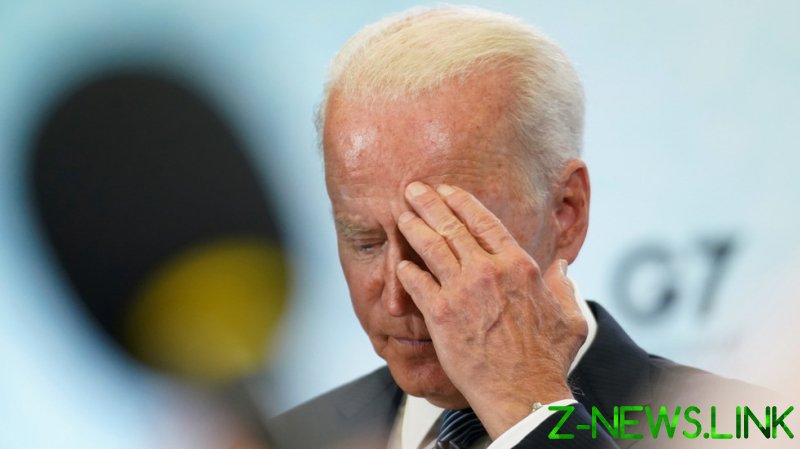 “We can work together with Russia – for example, in Libya. We should be opening up the passage to be able to go through, provide food assistance, and economic… I mean, vital assistance to a population that’s in real trouble,” Biden told a press conference at the conclusion of the G7 summit in Cornwall, England, on Sunday.

The safe passage of refugees and food assistance, as Biden described them, are issues pertaining to the Syrian civil war, not the Libyan conflict. Though the Obama administration intervened in both conflicts, arming rebel militias and waging an air campaign in Syria, and deposing Muammar Gaddafi in Libya as part of a NATO bombing campaign in 2011, Russia took part in only one, supporting the government of Bashar Assad and striking Islamic State (IS, formerly ISIS) jihadists in Syria.

“By the way, there’s places where…” Biden trailed off, before accusing Russia of biting off some “serious problems they’re going to have trouble chewing on – for example, the rebuilding of Syria, of Libya.” Biden then called on Russia to invest in Libya because “they’re there,” before mistaking the two countries a third time, again claiming Russia was involved in Libya.

Biden’s meandering and error-riddled speech was hammered by conservatives, who have persistently claimed the president’s mental acuity is failing. “I almost didn’t make it through this and it’s 94 seconds,” pundit Jack Posobiec tweeted. “I don’t know what to say.”

Rumors of cognitive decline have dogged Biden from the moment he announced his candidacy for the White House in 2019. Since he took office, multiple incidents of the president forgetting the names of his own officials and losing his train of thought mid-sentence at press conferences have only intensified the speculation.

And Biden’s Syria slipups were not the only hint this weekend that something might be amiss. On Friday, he was spotted wandering around a cafe terrace, looking lost, before First Lady Jill Biden led him away by the hand as diners laughed out loud. He was then corrected at a meeting of world leaders, when he introduced the president of South Africa after British Prime Minister Boris Johnson had already done so.

The G7 was mostly a friendly affair, and all the leaders involved spoke glowingly of each other – save for a reported spat over the sausage trade between UK PM Boris Johnson and French President Emmanuel Macron. However, Biden will need to have his wits about him when he sits down in Geneva on Wednesday with Russian President Vladimir Putin – a man he has called a “killer” and promised to make “pay a price” for alleged but unproven claims of election interference.

In response, the Russian president wished his counterpart good health and cited a Russian childrens’ insult-deflecting saying along the lines of “whatever you say [about others] is what you are yourself.”