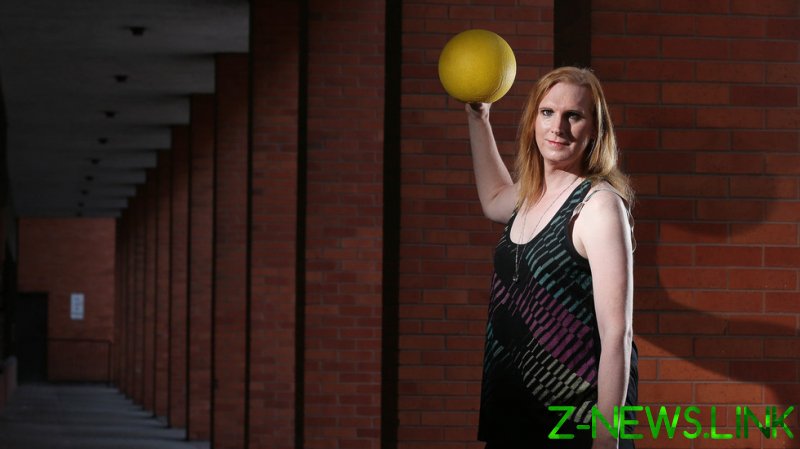 How do you solve the controversy over sports competitions between female and transgender athletes? When the two compete in the same events, the latter can ruin things for the former. Young girls are deprived of the medals, honors, and scholarships they would otherwise have earned. But should transgender athletes be banned from competing? Of course not. So, how are we going to solve this seeming irreconcilability?

Is there a baby to be cut in half? Should we compromise by allowing transgender athletes into some traditionally female events – half of them, perhaps? No. We can do better than that.

It’s simple: let’s also organize separate athletic games for transsexuals. People in the trans community deserve to be treated with as much respect as anyone else. I offer this solution not merely to save women’s sports from their unfair competition, nor to shoo trans people away as if they are merely pests. They also deserve to be treated fairly, considerately, and generously.

But there is a powerful objection to this resolution. It’s that there are so few people in this demographic that to consign them to their own separate athletic events would be to deny them genuine competition.

Suppose there’s only one transgender person in a small town? What event could they enter and find rivalry? None, unfortunately. Even in a large city with many transgender people, not all will pursue the same sporting events. Thus, once again, with their own separate events, open only to them, they would be consigned to a sporting life with little or no competition.

So, that leaves us with another challenge to meet. How can we invite transgender people into sports rivalries without undercutting females? Here’s a solution. It won’t, unfortunately, apply to all athletic events, but it will at least to some. It is, in any case, a starting point.

The solution, I believe, is to look at marathon racing. The New York City Marathon and the Boston Marathon have literally tens of thousands of participants. Thousands more compete in numerous other events there and in many other cities, covering the same or shorter distances, such as the 5k or the 10k.

Men and women participate together in these races. The first finishers are almost always male. Does this dis-accommodate any of the latter, even to the slightest degree? Not a bit of it. Prizes are typically given to the top five or 10 male runners and also to the fastest five or 10 females. The fact that the two sexes are included in the race does not at all reduce the number of women who win prizes. Nor is there any loss in competition. Men greatly outnumber women at the front of the pack, but in the middle of it and at the tail end, the two genders give each other all the competition either could desire.

Undoubtedly, in these races, especially in the larger events, there are also a few dozen transgender athletes. So, why not give awards to the first five or 10 of them to cross the finish line as well? With that system, in no way will their superiority to women occur at the expense of the latter.

But what about in the smaller communities with only several hundred or so race entrants? There might be only one or two transgender athletes at the starting line. Here, we must borrow from yet another aspect of running races: age categories. Awards are often given by 10-year gaps: for example, to the top-three finishers in the 20- to 29-year-old category, 30- to 39-, 40- to 49-, etc.

Larger races often feature five-year gaps. This is done because those in the 70- to 79- category can hardly be expected to beat athletes 30 or 40 years younger than themselves. The oldsters thus compete against each other, while being included in the overall race. A similar provision is also made for race walkers, who are quite a bit slower than most runners.

Take my own case. I just turned 80. I fully expect to often take first place in the 80+ category in the future, as there are so few oldsters such as myself in any of these events. Certainly, that was my experience when I was recently 79. I kicked butt in that 75- to 79- grouping because, very often, I was the only entrant in it.

Similarly, if there were only one trans athlete entered in a given race, that person would take first place in that grouping. If there were 10 of them, the top three might be awarded the gold, silver, and bronze medals, for example. Never would any trans athlete compete against any female.

But what about the problem of a 70-year-old trans athlete competing against a 30-year-old one? Tough on the old person – sorry. This proposal of mine can only go so far. This is precisely the predicament faced by old race walkers such as myself. There are so few of us, even in well-attended contests, that the organizers simply cannot break us down by age as well as walker versus runner status. The trans athletes would be placed in the position of race walkers. Not too shabby. Far better than not being allowed in the race at all, and, also, being allowed to compete against women.

This principle could be applied to many other sports where there is no one-to-one contact. For example, track-and-field events such as running, shot-put, the high jump, and the pole vault, and also to weight-lifting, swimming, skiing, pistol shooting, and numerous others. It would not do to have females compete directly against transgender people in boxing, wrestling, or tennis. It would also be difficult in this regard to accommodate team sports such as football, basketball, baseball, and soccer.

This suggestion is thus only a partial palliative. But at least it somewhat addresses the problem. Let’s leave off the perfect for another day; in any case, it is the enemy of the good.

Some will object that what is being offered here is merely ‘separate but equal’. Well, yes, that is precisely what’s being proposed. To be sure, this phrase has a problematic connotation. In that entirely different context, there was separation alright, but no equality. In the present situation, separation is important, but so is equality. Transgender participants in games, sports, and competitions should be treated in exactly the same manner as any other.