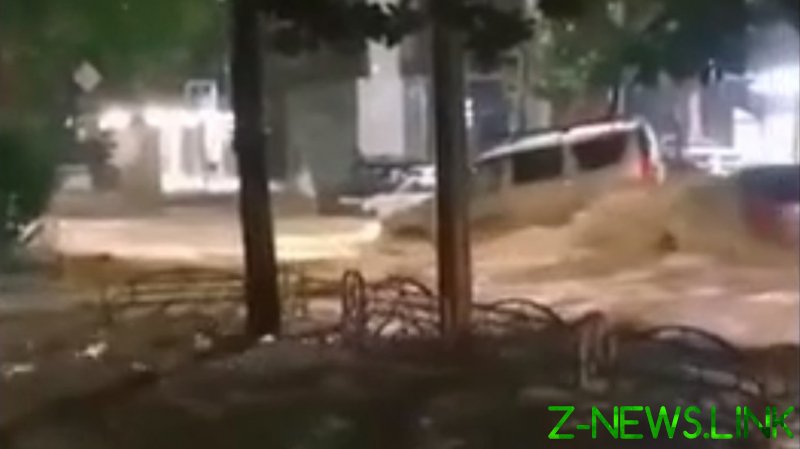 The emergency sirens were heard across Sochi around 11pm local time, as the storms battering the area for the second day intensified, causing more flooding and chaos in the streets.

Multiple videos shared online have shown the extent of the calamity, with one dramatic clip captured by a family trapped inside a half-flooded vehicle as it’s being swept away along a major street, Donskaya.

Further down the road, a number of people were reportedly trapped inside a bus, as rescue services rushed to help them and others caught off-guard in the open.

At least one woman is believed to have died, apparently wedged between a taxi cab and a street railing, with one disturbing video clip showing rescuers carrying away her unresponsive body.

Emergency service crews had spent Saturday dealing with the consequences of a similar storm on Friday night, warning that the worst was likely yet to come. Authorities strongly advised Sochi residents to avoid staying in the streets or using personal vehicles.

As flood waters slowly receded by around 1am Sunday, witnesses started sharing videos of the aftermath, depicting numerous destroyed cars as well as damaged roads and sidewalks.