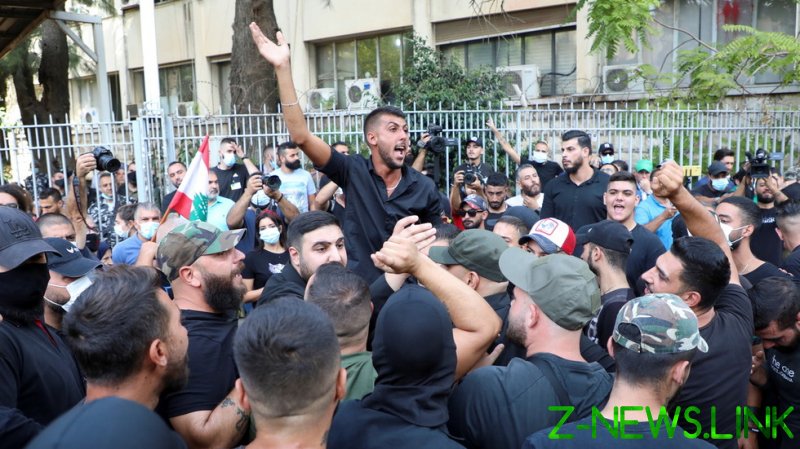 On Thursday, scenes of unrest uploaded to Twitter showed people running frantically throughout Beirut around the Justice Palace area, with sirens blaring in the background and what sounded like several rounds of gun shots.

One graphic video on the social media platform captured heavy gunfire and screaming and a seriously injured man being dragged through the streets bleeding.

Lebanon’s Red Cross confirmed that at least two people have been killed and several injured. Lebanese Prime Minister Najib Mikati called for the arrest of the perpetrators of the violence in the capital.

The protests come shortly after the Lebanese court dismissed a case put forward by two politicians, the ex finance minister Ali Hassan Khalil and former public works minister Ghazi Zeiter, who were due to stand in the docks in the Beirut blast probe earlier this week.

Tarek Bitar, the lead investigator, had his probe suspended for the second time in under three weeks on Tuesday after Khalil, a senior member of the Shiite Amal movement and an ally of the Iranian-backed Hezbollah group, and Zeiter, also close to the movement complained.