Home / WORLD / He-Man and the Masters of the Wokeverse: How Netflix’s agenda-driven programming is causing customers to tune out

He-Man and the Masters of the Wokeverse: How Netflix’s agenda-driven programming is causing customers to tune out 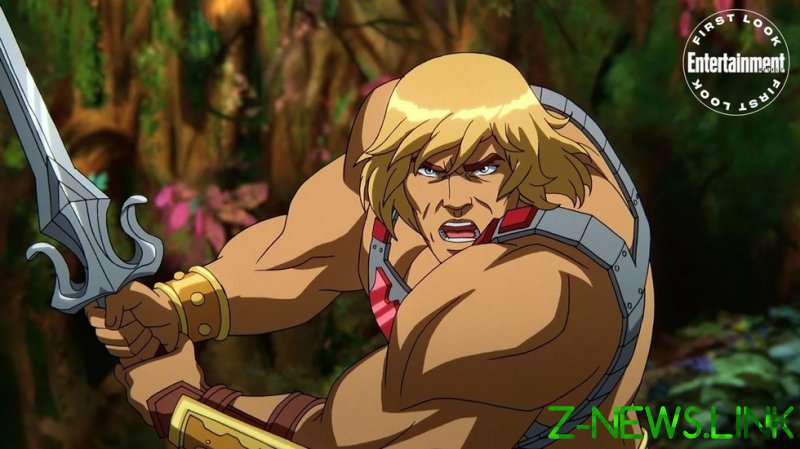 On the surface, Netflix’s reboot of the classic 80s cartoon ‘He-Man and the Masters of the Universe’ looked like it had everything it needed to be a huge success. It had a beloved brand, a huge nostalgia-hungry fanbase, and a respected filmmaker overseeing it who was a pop-culture darling.

But now that ‘Masters of the Universe: Revelation’ has been released, its reception has been anything but good. Fans are outraged that the main character, He-Man, seems to have been sidelined from his own show in favor of a female character (complete with a butch haircut that would make Megan Rapinoe jealous). They’re also not very happy that the head writer and showrunner, Kevin Smith, apparently lied about this story choice in the lead-up to release.

Smith had an infamous exchange with the YouTube channel Clownfish TV, which was the first to report on the ‘She-Man’ angle of the ‘Masters of the Universe’ reboot, dropping such spoilers as important character deaths, the race swapping of certain characters, and the shifting of focus to the character of Teela instead of He-Man. Smith’s Twitter rants saying these reports were not true have not aged well, as it appears that everything Clownfish TV reported was accurate.

Now that the first five episodes of the series are available to be watched, the fan backlash on the changes to ‘Masters of the Universe’ is getting hard to ignore. As I write, the audience score for the show on Rotten Tomatoes stands at an abysmal 32%. In response, media headlines are proclaiming that “He-Man fans are review bombing the series,” but it’s hard to know the difference between malicious “review bombing” – where a coordinated campaign of trolls try to intentionally make a movie look bad – and simply lots of people naturally sharing bad reviews because they genuinely didn’t like the show.

Regardless, the key phrase in these headlines is “He-Man fans,” because it seems people with a genuine love of the franchise aren’t too happy with the ‘woke’ changes that have been forced into this brand that spans over 40 years.

Indeed, this seems like standard practice over at Netflix, which has its own ‘diversity and inclusion’ executive position, with a strategy aimed not only at making its company more diverse, but also at ensuring that the content it produces is representative of as much identity politics as possible.

It’s hard not to ignore the fact that the vast majority of Netflix’s original offerings seem to shoehorn every single under-represented demographic possible into the story, whether it makes sense to or not. Everything from black, Asian, women, trans, gay, lesbian, non-binary, etc. is somehow forced into its original shows and movies, seemingly by mandate. If a creative wants to make something with Netflix, they MUST include ‘representation’.

Netflix’s recent horror trilogy, ‘Fear Street’, based on R.L. Stein’s books, featured an interracial lesbian couple as its two lead characters – something that was not in the books it was based on. The show ‘Cursed’, based on Arthurian legend, inexplicably made King Arthur a black man, despite the historical implausibility of such a thing. The sci-fi series ‘Sense8’ featured a trans lesbian as one of its ensemble, and the ‘Chilling Adventures of Sabrina’ had a ‘non-binary’ they/them best friend in a prominent role.

‘Star Trek: Discovery’, which is a co-production between Netflix and CBS TV, put gay and non-binary characters at the forefront of the series. Even Netflix’s reboot of ‘The Dark Crystal’ was not spared from ‘wokification’, as two made-up non-human fantasy characters appear to be in a gay relationship in the show.

As for ‘Masters of the Universe’: Revelations, this trend continues, with the race-swapping of Prince Adam’s ancestor to be a man of color (despite Adam being as white as they come), as well as race-swapping the character of Andra, while implying there may be a lesbian relationship between her and the main character of Teela. (Something Kevin Smith has openly denied.)

This is not to say that diversity or inclusion is a bad thing, and that stories can’t be improved or enriched by adding in characters played by minority actors, or characters that represent the unrepresented. But Netflix seems to be taking this concept to the extreme, to the point that it’s almost parody. One need look no further than the recent original series ‘Bridgerton’, where people of color are in abundance as lords, ladies, and even royalty in Regency-era England, with nary an explanation as to why this historical inaccuracy exists.

And though Netflix has had this ‘forced inclusion’ policy for quite some time, it looks like its antics may be catching up with it. For the first time in two years, Netflix lost domestic customers this quarter, losing nearly half a million subscribers in North America. Failure to meet its growth projections has made Netflix’s investors nervous, causing its stock price to drop.

Netflix has blamed the failure to meet its growth projections on the Covid-19 pandemic – though how a world-wide phenomenon in which the global population is stuck at home with nothing to do but watch television leads to “unusual choppiness in growth” (as Netflix puts it) is anyone’s guess.

More likely, viewers are being driven away by Netflix’s blatant woke agenda, as more and more customers are getting fed-up with political propaganda being shoe-horned into their entertainment. This was most prevalent with the recent ‘Cuties’ scandal, where Netflix’s marketing for the movie focused on unapologetically sexualizing underage girls in a misguided attempt to promote female empowerment.

Perhaps this quarter is the first sign Netflix might fall to the ‘Get Woke, Go Broke’ phenomenon that seems to be plaguing so much of Hollywood. With increased streaming competition, it might be that consumers are being turned off by the forced inclusion of diversity into their entertainment – something many people want to use as an escape from the political divisions that dominate our everyday lives – and are opting to go elsewhere.

But until the day that Netflix is sent a clear signal that customers just want good, entertaining stories without propaganda shoehorned into them, they will continue to co-opt beloved properties like ‘Masters of the Universe’ for their own political agendas. Because until customers leave the ‘woke streamer’ en masse, it’s Netflix that ‘has the power’.