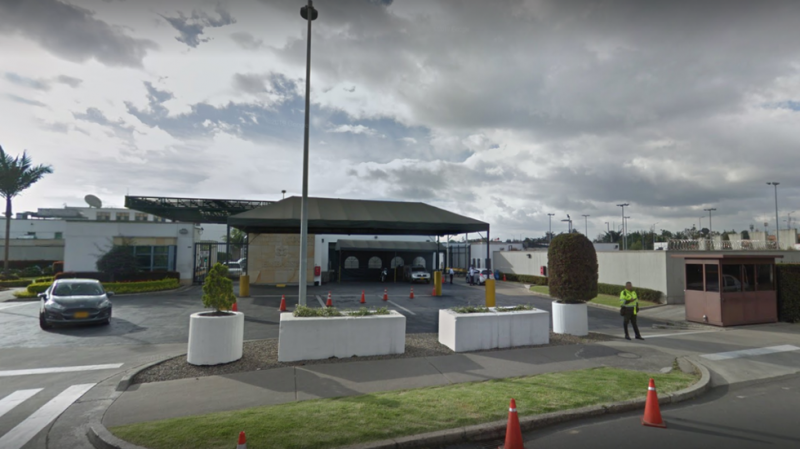 At least five US families have come down with symptoms of the mysterious condition, the Wall Street Journal reported on Tuesday, based on “people familiar with the matter” in Bogota. The State Department declined to comment, citing privacy concerns.

The ‘Havana Syndrome’ was named after the first cases of it were reported at the US embassy in Cuba, back in 2016. Among the symptoms are dizziness, fatigue, anxiety, headaches, cognitive problems, nausea, and memory loss.

According to the Journal, the initial “unexplained health incident” was mentioned in an email dated mid-September, while another dated October 1, informed embassy personnel that security was investigating “additional Anomalous Health Incidents.”

One of the families allegedly affected has a child, according to the outlet, which quoted a source complaining that “Targeting or even incidentally hitting kids should be a hard red line.”

Over 200 US officials, about half of them CIA personnel, have complained about the ‘Havana Syndrome’ so far. While the US government has not officially determined what causes the symptoms, the corporate media and many lawmakers and lobbyists have claimed it’s the work of some kind of directed energy or sonic weapon deployed by Russia. Moscow has dismissed these accusations as nonsensical.

Last week, US President Joe Biden signed into law the Helping American Victims Afflicted by Neurological Attacks (HAVANA) Act. It had been passed unanimously by Congress in September, and provides funding for the treatment of government employees and dependents who claim to have been affected by the mystery syndrome.

The US embassy in Colombia is one of the largest in the world, and is located on a major road not far from Bogota’s international airport.

Reports of “attacks” have previously coincided with visits by senior US officials. Last month, an aide traveling to India with CIA director William Burns complained about the symptoms. Vice President Kamala Harris delayed her arrival to Vietnam in August after a report that a US official there was targeted.

While a National Academy of Sciences panel report last year said directed microwaves were the “most plausible” cause of the syndrome, elite scientists commissioned by the State Department ruled that out in a 2018 probe that was recently declassified. The JASON group had said at least some of the cases were attributed to the loud and persistent noises made by a species of cricket, while others were possibly induced by psychosis.