Home / WORLD / Has the West lost Russia? ‘European’ identity is collapsing in the continent’s largest country, with the youth leading the charge

Has the West lost Russia? ‘European’ identity is collapsing in the continent’s largest country, with the youth leading the charge 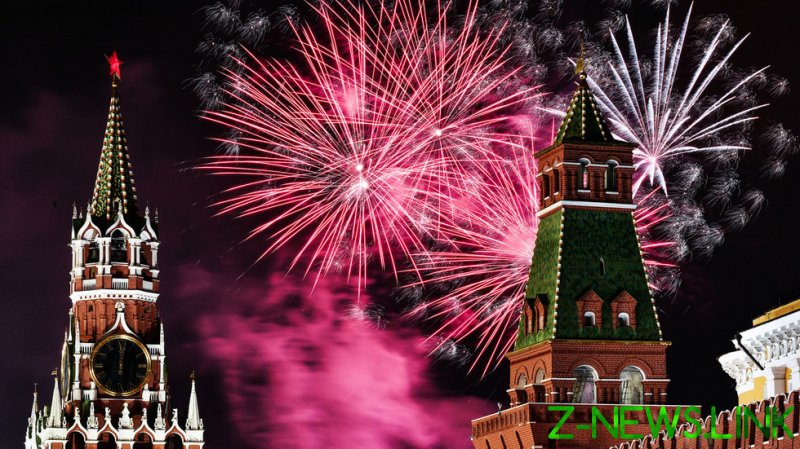 It has been common to predict that Russia’s post-Soviet generation would feel a closer affinity to the West and embrace a shared identity with Europe. All the West had to do was to wait out Vladimir Putin’s period in power and the gravitational pull of the European identity would result in a more compliant Russia. However, polls demonstrate that Russians are rapidly shedding the European identity of their country, with youngsters leading the trend.

A generational shift towards a less European Russia
A recent poll by the Levada Center, a research group branded a ‘foreign agent’ by Moscow, revealed that only 29 percent of Russians consider Russia to be a European country, which represents a drastic decline from 52 percent in 2008. A generational shift is underway, as younger Russians lead the way in dismissing the European identity of their country, with those aged 18 to 24 polling at only 23 percent.

Previous polls by Levada and Germany’s Friedrich Ebert Foundation also demonstrate that, despite not having grown up during the Cold War, young Russians distrust NATO more than any other international organisation. Young Russians are also more critical of their government, although the assumption that they want to remake Russia in Europe’s image appears to be flawed.

A long and failed return to Europe

When Kievan Rus’ fragmented and the Mongols invaded in the 13th century, Russia disappeared from the European map for the next 250 years. Under Peter the Great, Russia reasserted itself as a European power in the early 18th century. St. Petersburg was built as a new capital to function as a “window to Europe”, Russia modernised along with European standards, and a cultural revolution was launched to make the alphabet, dress codes, culture and customs more European. Its aspirations for returning to Europe never culminated in its political inclusion on the continent. However, the country became unusually influential culturally, particularly in literature and performance art.

By following in the footsteps of other Europeans, Russia was not able to develop an organic path to development. In the 19th century, the writer Fyodor Dostoevsky argued: “Russians are as much Asiatics as European. The mistake of our policy for the past two centuries has been to make the people of Europe believe that we are true Europeans. … We have bowed ourselves like slaves before the Europeans and have only gained their hatred and contempt. It is time to turn away from ungrateful Europe. Our future is in Asia.”

These sentiments re-emerged in the 1990s, as it became evident that Russia would not be included in the new political Europe and, instead, arrogant Westerners expected Moscow to supplicate itself to institutions that did not offer membership. Uniquely among the major former Communist states, Russia was expected to follow Western rules, but without the promise of Western integration – a formula that clearly had no chance of working.

Just three years after the Soviet break-up, in 1994, Yeltsin’s exceedingly pro-Western and pro-liberal foreign minister, Andrey Kozyrev, argued that Russia might be doomed to chart its own path again, as “some people in the West have succumbed to the fantasy that a partnership can be built with Russia on the principle of ‘if the Russians are good guys now, they should follow us in every way’.”

NATO embraced its post-Cold War expansionist mission to make Europe ‘whole and free’ by attempting to integrate every country on the continent – except Russia. The European Union began to incrementally monopolise on the concept of Europe, and Russia soon became more or less the only non-European country in Europe, despite being its largest state and home to somewhere between 14% and 18% of its people, depending on your measure.

Europe has lost much of its appeal to Russia. Throughout history, the need to modernise the economy has incentivised Russia to look towards Europe and embrace a European identity. But now Moscow is working tirelessly to reorganise its economy towards the East, and the relative economic power of Europe in the world is in steady decline. For the new Russian generation, the West has not offered much besides economic sanctions and moral posturing.

Furthermore, Russia is less interested in modelling its society on Europe’s. The Marxist experience was destructive for conservative values in Russia, and Europe provided a healthy alternative. In the effort to create ‘communist man’, liberated from his own past, the early Bolsheviks sought to dismantle the nation, the Orthodox Church, the family and other indispensable societal institutions so as to cancel capitalism and advance a Marxist concept of human freedom. Once the Soviet experiment came to an end, Europe was seemingly a model to emulate when it came to finding a balance between conservative societal institutions and liberal values.

However, the Europe that Russia sought to emulate no longer exists and is no longer a model that is attractive to Russia. The effort to create ‘Western man’, liberated from his past, resembles the failed experiment of ‘communist man’. Putin observed: “We see that many Euro-Atlantic states have taken the way where they deny or reject their own roots, including their Christian roots, which form the basis of Western civilization. In these countries, the moral basis and any traditional identity are being denied –  national, religious, cultural, and even gender identities are being denied or relativized.”

Polls also reveal that Russians seek stability in traditional institutions such as the family and the Church. A poll by the Friedrich Ebert Foundation shows that Russians are increasingly embracing an identity linked to the Orthodox Church, and yet again, the youth are leading the way.

The generational shift away from a European Russian identity presents an opportunity to improve relations between Europe and Russia. The European identity of Russians provided the West with the flawed expectation that Russia, as an eternal aspirant of the West, would continue to abide by the rules of institutions in which Moscow was denied representation. In Russia, the European identity has been a source of deep resentment, due to its enduring exclusion.

The shift away from a European identity represents a cordial divorce. Russia will no longer feel compelled to explain itself for not following European norms, and the West’s effort to conceptualise Russia out of Europe will be less likely to fuel historical grievances and resentment. As Russia exits a bad marriage with Europe, it should move towards establishing good neighbourliness instead.