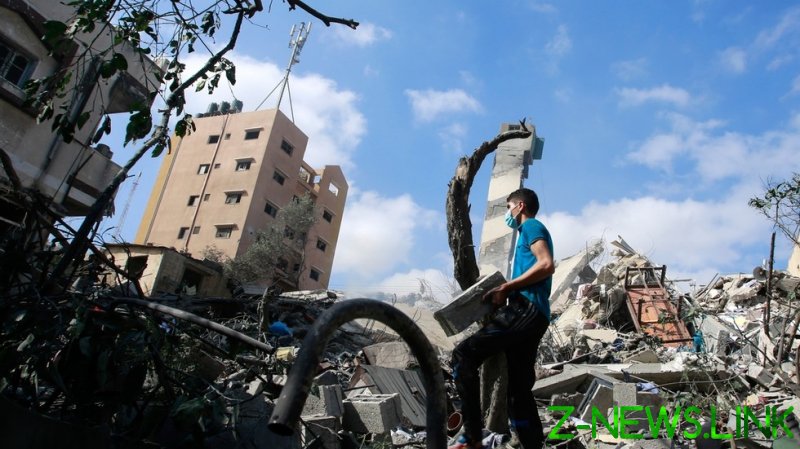 In the first such talks in over a decade, Gantz and Abbas met on Sunday evening in the West Bank city of Ramallah to discuss a range of issues. But right-wing Israeli politicians expressed anger with Gantz over meeting with Abbas, who they reportedly accused of being a “Holocaust denier and terrorist.”

Similarly, a number of Palestinian groups – most of which are opposed to peace talks – denounced the PA leader for meeting with Gantz, who was labeled “the criminal Zionist minister of war.” Prior to entering politics, Gantz had been a chief of staff of the Israel Defense Forces (IDF).

In a statement, Hamas spokesman Abdel Latif Qanou condemned the meeting as a “stab in the back of the Palestinian people and their sacrifices,” and added that it was a “betrayal of the blood of the shahids [martyrs].”

“Abbas continues the series of concessions with regard to the [Palestinian] national existence and tries to beautify the face of the occupation,” Qanou said, noting that the meeting was proof of the PA’s decline and “abandonment of national values.”

Senior Hamas official Sami Abu Zuhri called the meeting a “dangerous development” that proved the PA’s “contempt for Palestinian blood” and “disregard for Palestinian interests” in favor of maintaining its “high level of security cooperation with the occupation.”

The meeting – during which “security policy, civilian and economic issues” were on the agenda – drew strong condemnation from other Palestinian factions, including the Palestine Liberation Organization-backed Popular Front for the Liberation of Palestine (PFLP), which called it a “continuation of the policy of compromising Palestinian rights.”

Describing it as a “futile negotiation,” senior PFLP official Eyad Awadallah said, “This meeting comes within the framework of consolidating the security and economic solution by offering more economic bribes in return for preserving the security of the settlers and the occupation.”

Meanwhile, right-wing political parties in Israel blasted Gantz, with the leadership of the far-right Otzma Yehudit party branding the meeting a “disgrace.” The Religious Zionist Party (RZP) slated the defense minister for “meeting with a man who denies the Holocaust and pays salaries to terrorists.”

There was also dissent from within Prime Minister Naftali Bennett’s coalition government after an unnamed PMO official clarified to the Times of Israel paper that the meeting did not signify any resumption in “diplomatic process” with the PA.

“[This is an] outrageous message. Why not have a diplomatic process? A diplomatic process is in Israel’s interest,” Mossi Raz, a lawmaker from the left-wing Meretz party, tweeted in response and called for peace talks with the Palestinians.

Israeli and Palestinian leaders had previously met face-to-face back in 2010, at the beginning of former prime minister Benjamin Netanyahu’s second term in office. But even as top-level contact between the two sides became strained, relations between Israel and a number of Arab countries have thawed.

After inking the Abraham Accords in 2020, Israel and the UAE opened embassies in each other’s countries this year. Hamas official Hazem Qassem referred to this in expressing concern over Sunday’s meeting, condemning it as “[encouragement for] those who want to normalize relations” with Israel.