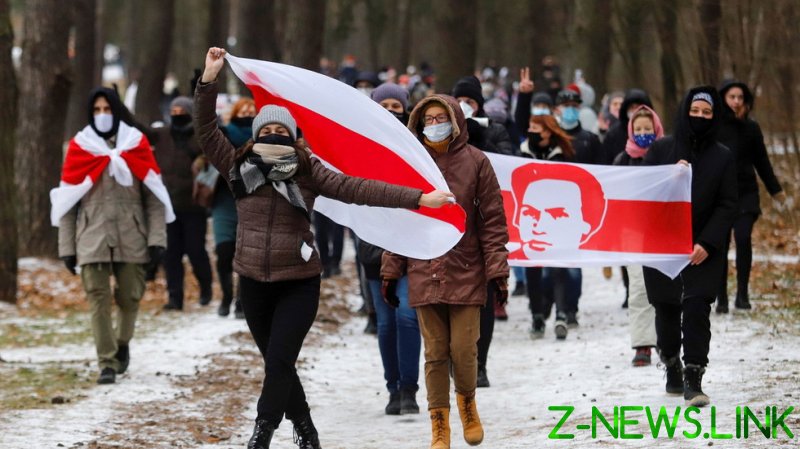 Wishing Belarus a happy “Freedom Day” on Thursday, the US Embassy expressed support for the “Belarusians’ struggle for freedom and democracy” and said that many in the country “pay a heavy price as the regime resorts to intimidation, violence, and lethal force to maintain its grip on power.”

The catch? The country proclaimed on March 25, 1918 amounted to a puppet regime of Imperial Germany and ceased to exist the following year, after the Kaiser’s capitulation, its territory partitioned between Poland and the newly established Soviet Union. A “government in exile” has existed ever since – currently residing in Canada – while the flag used by the BPR was adopted last year by activists opposed to President Alexander Lukashenko.

The Ministry of Foreign Affairs in Minsk responded to US well-wishes on Friday, with a  statement that could only charitably be described as dripping with sarcasm.

It began with an apology for the “lack of congratulations on the recent 160th anniversary of the adoption of the Constitution of the Confederate States of America, whose flag is still dear to many Americans,” referring to the defeated faction in the American civil war that is outright reviled by the modern political establishment.

Minsk then expressed support for Black Lives Matter and “aspirations of the American people for a better future,” proceeding to throw words from President Joe Biden’s inauguration speech about unity into Washington’s face.

The ministry said it admires the “courage and determination of American heroes,” including WikiLeaks publisher Julian Assange, NSA whistleblower Edward Snowden and Army whistleblower Chelsea Manning, “who sacrificed almost everything for the sake of true freedom and harmony in American society.” They even referenced the recent military lockdown of the US Capitol: