Home / WORLD / Hammered by infectious new Delta variant, Russia is now finding it has to get deadly serious about Covid-19 vaccine reluctance

Hammered by infectious new Delta variant, Russia is now finding it has to get deadly serious about Covid-19 vaccine reluctance 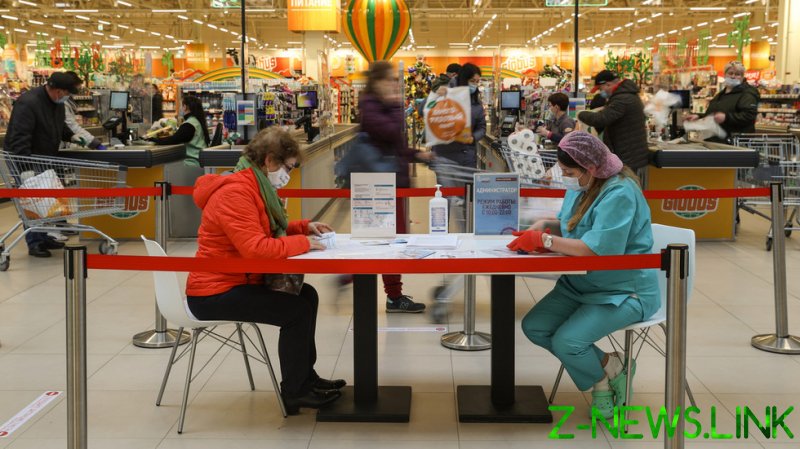 For months, the country had seen the official tally of Covid-19 cases decline from its all-time peak in December and plateau at around 7,000 a day. Bars, shops, restaurants, food halls and even night clubs reopened in much of the country, while the rest of Europe was bouncing in and out of lockdowns. Russia, it seemed, was bucking the trend.

Now, though, that period of relative stability has come to an abrupt end. In the first week of June, the number of positive cases begun to tick up, barely noticeably at first, but soon, with the kind of explosive exponential growth that scientists have become grimly used to seeing during the pandemic. Now, the official numbers stand at around 20,000 each day and still counting.

The pace at which the virus gained ground has caught the authorities by surprise. Sergey Sobyanin, the mayor of Moscow, which has once again quickly become the country’s coronavirus hotspot, said that the situation is “rapidly deteriorating,” and that the sudden rise in cases was “quite unexpected” given previously estimated levels of immunity in the population.

Health authorities in the Russian capital are advising even those who have been sick with Covid-19 in the past not to rely on still having protection against re-infection. According to a new directive from city officials, there is no “way to assess how well antibodies will work against mutating strains of the virus.” They have since relaxed rules that suggested those who had antibodies did not need to be vaccinated, encouraging the public to come in for doses anyway.

The idea that health workers are dealing with a new problem – or a new variant of an older problem – appears to be backed up by the evidence. Earlier this week, Sobyanin revealed that around 90% of cases in his city are estimated to have been caused by the infectious new Delta variant, which is thought to have originated in India. While too little is still known about its mutations, and what effect they might have on human health, Delta is widely understood to be significantly more infectious than the original strain of the virus.

In India, tragic scenes of packed hospital corridors and seemingly never-ending funeral pyres dominated European coverage of the pandemic. Now, it is on the West’s doorstep. Emboldened by its altered genetic structure, the virus is running rampant through unvaccinated populations in the US and elsewhere.

In the UK, one of the global leaders in viral strain sequencing, 98% of all studied cases are now Delta variant, with nearly one in three positive tests getting the full laboratory analysis. However, mass vaccination appears, so far, to be keeping the death rate down. In Russia, which only sequences around 1% of positive samples, the new form appears to be responsible for 99% of infections overall.

As a result, the rapid growth in cases has given politicians real cause for concern. Denis Protsenko of the Kommunarka Hospital, one of Moscow’s top treatment facilities, told journalists earlier this month that his wards had a record number of patients on ventilators and would run out of beds in a matter of weeks if nothing was done.

Since then, the city has introduced a range of tough new measures. Sobyanin has demanded that companies in sectors like hospitality, transport and leisure ensure 60% of their workers are immunized, or else they will face hefty fines.

Officials have confirmed that bosses can suspend employees without pay in order to meet the quotas. Similar rules, forcing staff to choose to get vaccinated or lose their paycheck, have now been copied elsewhere, including in Saint Petersburg, the country’s second city.

From Monday, the Russian capital will also require residents to scan a QR code when entering bars, cafes, pubs, food courts and a number of other public spaces. Only those who have proof of vaccination or were officially recorded as a coronavirus case within the past six months will be eligible for unrestricted access, while others will have to supply a clean PCR test from within the previous three days. A number of tourist destinations such as Sochi and Krasnodar and resorts across the country are also now demanding clean tests and, ultimately, throwing internal travel into disarray.

Vaccine hesitancy has long been the Achilles’ heel of the country’s pandemic response. While many of its measures appeared to have contained the spread of the virus, Russia has some of the highest levels of skepticism about jabs of anywhere in the world. Data from research firm Morning Consult, based on 75,000 weekly interviews with people across the globe, found Russians were more cautious about vaccines than anywhere else surveyed, with more than half of respondents unwilling or uncertain about getting the jab.

Whether the tough new measures will work and whether they can be enforced in the long-term remains to be seen. However, things could once again be taking a turn for the worse before many of the rules even come into force. On Friday, Ministry of Health official Daria Danilenko confirmed that the country’s first case of the newly-evolved ‘Delta Plus’ variant had been detected.

The strain, which exhibits some major modifications compared to its earlier namesake, was characterized by British scientists this month and listed as a cause for concern by Indian officials shortly afterwards, in a move described as precautionary. While it is thought to have been circulating for some time, 41 cases have already been reported in the UK, and there have been widely-reported concerns that it could be more damaging to the respiratory system than its predecessors. However, other scientists have urged caution and said more research must be done before public health authorities react.

Russian health officials have backed these calls, with Danilenko saying that “it is worth emphasizing that this sample is one from April, and that neither in May, nor in June, not a single one of this kind was found.” However, given the apparently low numbers of samples sequenced, it is hard to definitely rule out further cases.

Regardless of whether it is the Delta or ‘Delta Plus’ variant that has been spreading in Russia, it is clear that the country is now having to react quickly to an unprecedented new healthcare threat. Measures that have helped in the past no longer seem to work, and nobody relishes the prospect of more restrictions as a firebreak against infection.

Health officials appear to understand that beating the virus is only possible with mass-immunizations, and are now throwing everything at pushing people into signing up. The question is whether they can succeed before hospitals are overwhelmed.