Haiti quake death toll shoots to 1,297 as hospitals overwhelmed with some 5,700 injured 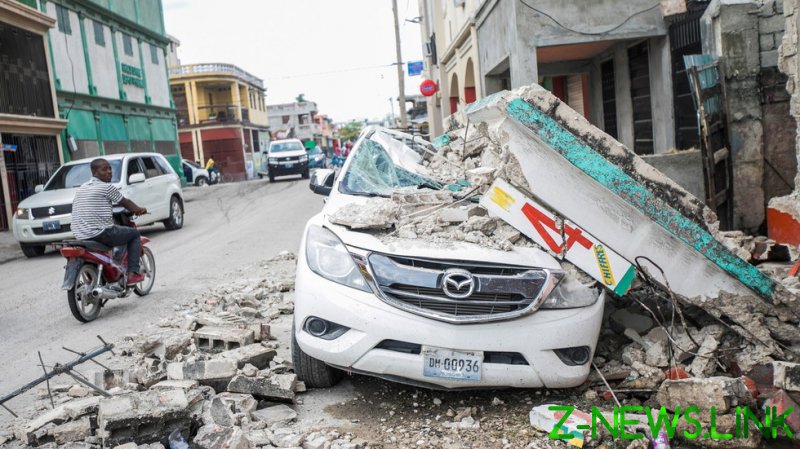 The new toll presents a dramatic increase from at least 724 deaths that were reported earlier on Sunday, up from a previous count of 304. Many of the casualties, including an estimated 2,800 injuries, occurred in southwestern Haiti, near the quake’s epicenter.

Overall, at least 5,700 people have been injured, forcing the hospitals that remain standing to work in overdrive.

Nearly 3,000 homes were destroyed, and more than 5,400 were damaged, the Civil Protection Agency said. The quake struck about 60 miles west of the 7.0-magnitude earthquake that shook Haiti in 2010, killing as many as 300,000 people, according to the government’s estimates that, however, are disputed by independent researchers.

Rescue efforts in the latest disaster have reportedly been hampered by damage to roads and other infrastructure, and the country is forecast to be hit by Tropical Storm Grace as early as Monday. Meanwhile, Haiti continues to be shaken by aftershocks, the strongest of which was a 5.8-magnitude quake that struck in the western part of the country on Sunday morning.