Home / WORLD / ‘Haiti is on its knees,’ PM says as earthquake deaths top 2,100 & tens of thousands of families left homeless

‘Haiti is on its knees,’ PM says as earthquake deaths top 2,100 & tens of thousands of families left homeless 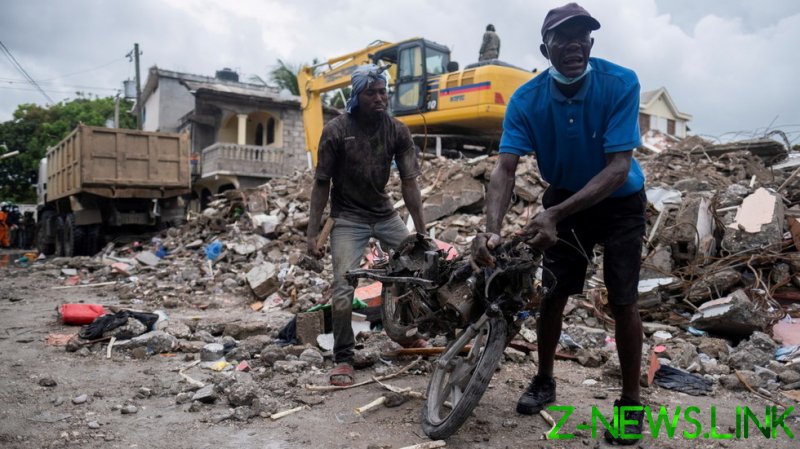 The latest death toll was provided by the country’s Civil Protection Agency on Wednesday night, now putting the figure at 2,189 people killed and 12,268 injured, also noting that more than 300 remain missing since the quake struck last Saturday.

In a video address earlier in the evening, Prime Minister Ariel Henry said the earthquake put Haiti “on its knees,” also vowing in a tweet to “personally” ensure that help gets to those who need it while insisting that his government would not “repeat history on the mismanagement and coordination of aid.”

Most fatalities have been recorded in Haiti’s Sud (South) region, namely its capital, Les Cayes, though deaths also occurred in the departments of Nippes, Grand’Anse, and Nord-Ouest (North West), the Civil Protection Agency said.

The quake also delivered a punishing blow to tens of thousands of buildings and houses in the affected regions, with more than 52,000 homes completely destroyed and around 77,000 sustaining damage.

Haitian officials have said that thousands of families were made homeless as a result, and while efforts have been made to set up tents and other makeshift shelters, the government has warned against creating large encampments in urban areas, arguing that a similar strategy was “difficult to manage” after a deadly quake in 2010.

UNICEF, meanwhile, estimated that more than 115,000 families were affected in some way by the disaster – a situation only worsened by a large tropical storm that slammed the island on Tuesday.

While a small deployment of American soldiers spent a brief time in the Caribbean nation to protect the US embassy in the wake of a presidential assassination last month, additional troops and gear have been dispatched for relief efforts following the quake. With the US Agency for International Development (USAID) and the US Southern Command spearheading the operation, the Pentagon has sent Navy vessels, recon aircraft, and support personnel to help with damage assessment, rescues, clean-up, and logistics. Other nations, including the UK, Jamaica, and Colombia, have also offered staff and resources. 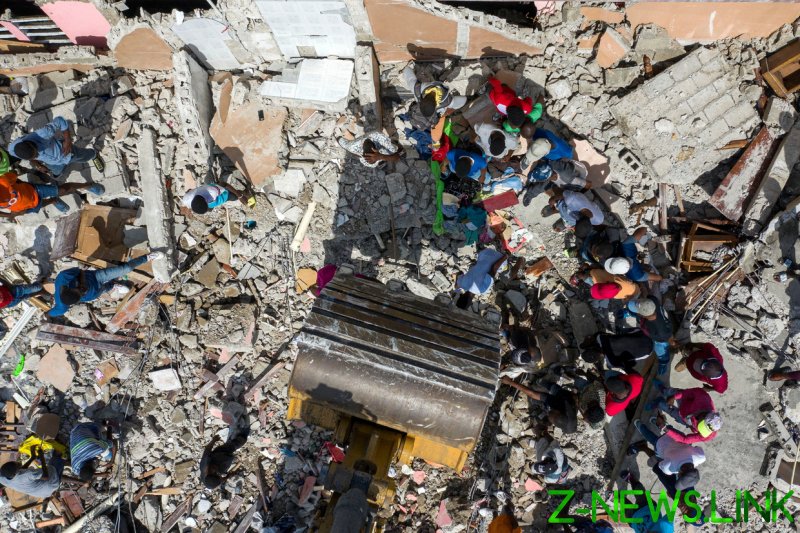