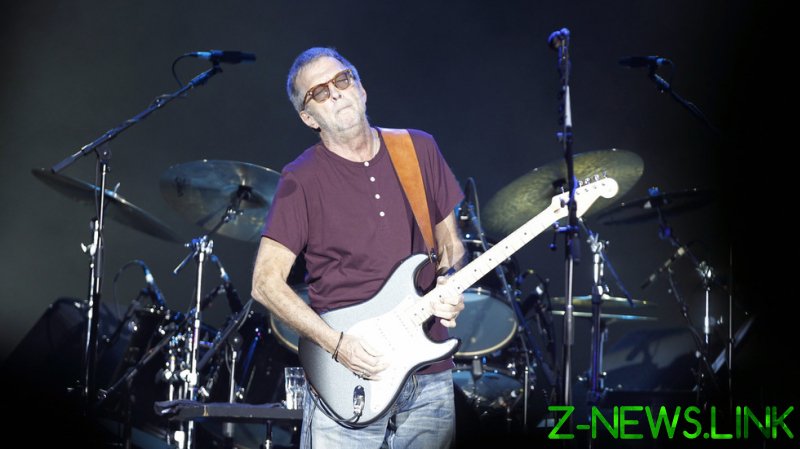 Saying he felt “honour-bound to make an announcement of my own,” after PM Boris Johnson announced the vaccine passes on July 19, Clapton  said he would “not perform on any stage where there is a discriminated audience present. Unless there is provision made for all people to attend, I reserve the right to cancel the show.”

The author of ‘Change the World’ accompanied the message with a link to ‘Stand and Deliver,’ the song opposing the lockdowns that he recorded with Van Morrison last year.

According to Rolling Stone, Clapton isn’t scheduled to perform in the UK until May 2022, when he has two dates booked at London’s Royal Albert Hall. He also has a “handful” of concerts in North America scheduled in September.

US reactions to Clapton’s announcement fell along partisan lines, with the conservative Prager University praising him for fighting against “arrogant tyranny,” while liberals said they never wanted to watch him perform anyway, and calling him racist over comments made in the 1970s.

The 76-year-old has long been an outspoken critic of the Covid-19 lockdowns. Earlier this year, he drew condemnations for talking about the alleged adverse effects he experienced after taking the vaccine, complaining about “agony” and “chronic pain” that made it impossible to play the guitar for about a week and left his hands too sensitive to heat and cold.

Clapton has sold more than 100 million records worldwide during his solo career, making such hits as ‘Layla’, ‘Tears in Heaven’, and ‘My Father’s Eyes.’

While the majority of England’s Covid-19 restrictions were lifted on July 19, Johnson’s government plans to use vaccination passes have sparked opposition in the form of petitions and street protests.