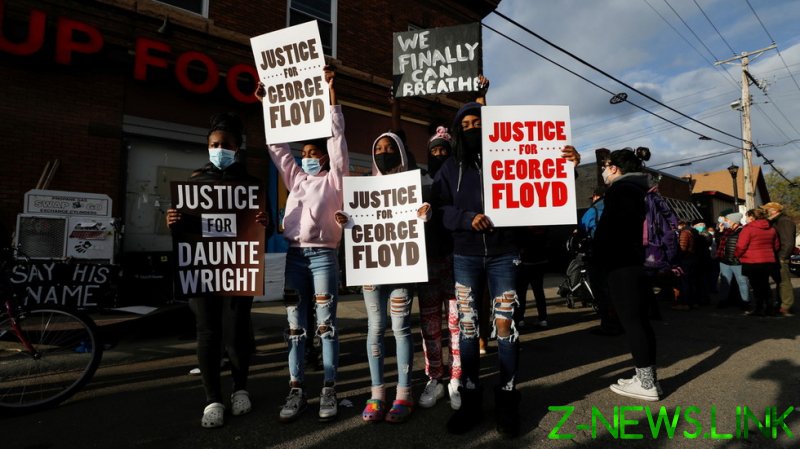 Derek Chauvin, Thomas Lane, J. Kueng, and Tou Thao are named in the three-count indictment, which was unsealed on Friday. All four are charged with not providing medical care to Floyd – whose neck was pinned by Chauvin’s knee – and Chauvin, Thao, and Kueng are also being charged with violating Floyd’s right to be free from excessive force and unreasonable seizure. Chauvin is also being charged in a second indictment related to the arrest of a 14-year-old boy in 2017.

Chauvin was already convicted last month for the murder and manslaughter of Floyd, while his three fellow former officers are awaiting trial set for August for state charges including aiding and abetting second-degree murder. They are free on bond, while Chauvin awaits his June sentencing in a maximum security prison.

Chauvin’s attorney argued during his trial that the former officer reacted reasonably to the situation last May involving Floyd and followed his training. He has filed a request for a new trial, citing numerous problems with the previous one, including the publicity surrounding the case and the trial and possible juror misconduct.

Prosecutors primarily relied on video captured of Chauvin with his knee pressed into Floyd’s neck for around nine minutes while the suspect was handcuffed and on the ground to argue Floyd’s death was a direct result of Chauvin’s excessive force.

The death of Floyd sparked numerous Black Lives Matter protests across the country calling for police reform after the video gained attention on social media.