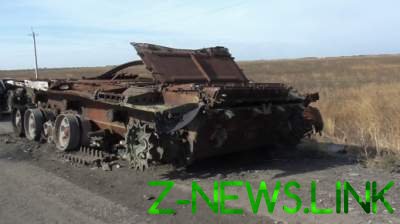 The Agency revealed photos that prove that Russia is sponsoring the militants in the occupied territories of Donbass.

Prosecutor General’s office has discovered unquestionable facts of financing by the Russian Federation of illegal armed groups in the temporarily occupied territories of Donetsk and Lugansk regions. On it informs a press-service of the Ministry.

“As a result of investigative (search) actions 13.10.2017 on the territory of the Maryinsky region of Donetsk region (on the line of collision) discovered armored – tank T-72 which is in a damaged condition. It was found that this sample of armored tankostroitelnye manufactured at the plant of the Russian Federation in Nizhny Tagil”, – stated in the message.

Said tank seized during inspection of the scene, are held urgent investigative actions.

In addition, during the inspection of the scene near the settlement Krasnogorovka Maryino district, Donetsk region in one of the eliminated in the “gray area” of terrorists discovered underbarrel grenade launcher GP-34 (according to the Ministry of defence of Ukraine is solely the Armed forces of the Russian Federation).

Also found a large number of medicines and military ammunition manufactured in the territory of the Russian Federation (Kazan, Krasnodar and Rostov-on-don).

Also in the “grey zone”, near the settlement Pavlopol, Volnovakha district, Donetsk region, exposed a weapons cache belonging to the militants of illegal armed groups of the terrorist organization “DNR”.

See also:  Elon Musk and SpaceX have filed a lawsuit against NASA

In particular discovered rocket infantry flame-thrower RPV-bumblebee and compact jet flamethrower MRV, which since 2008 are in service only in the Armed forces of the Russian Federation and Kazakhstan, while Ukraine’s Armed forces flamethrowers of this type is not used.

In addition, during the inspection of the roadside in the city of gold – 4 Popasnyansky region of the Luhansk region, detected a compact jet flamethrower MPO-A “Borodach”.

In accordance with the performance characteristics of MRO-And his country-producer is the Russian Federation.

According to the Ministry of defense of Ukraine, compact jet flamethrower MPO-A in support of the Armed forces is not. 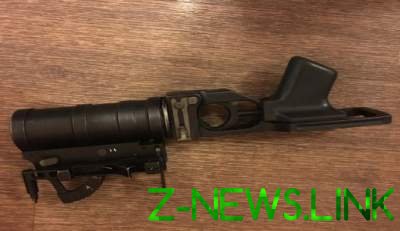 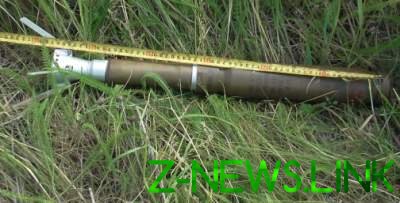