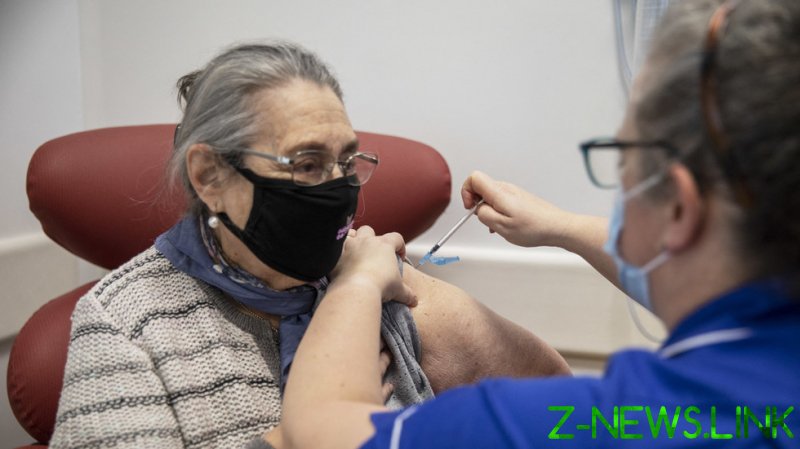 After being asked whether the government would make vaccination compulsory for NHS staff in the near future, Zahawi replied that they have “been consulting in terms of a condition of deployment into social care” and that “it’s only right that we look at the healthcare system as well.”

Calling it “absolutely the right thing,” Zahawi said it would be “incumbent on any responsible government to have the debate” about how to protect the most vulnerable “by making sure those who look after them are vaccinated.”

Zahawi noted that there is a precedent for mandatory vaccination, with a requirement that surgeons be vaccinated against Hepatitis B. “So it’s something we are absolutely thinking about,” he revealed.

The government’s preparations to roll out mandatory vaccinations for healthcare workers were first reported on in March.

In April, UK Human Rights Blog – which is run by a team of barristers – ruled that “vaccination without consent would be prohibited by the criminal law on assault,” though added that the government did have powers within care homes.

“There is nothing in the 2020 [Coronavirus] Act or its schedules that would allow for the introduction of subordinate legislation imposing mandatory vaccination,” the blog explained. “Therefore, the imposition of compulsory vaccination beyond the context of care homes is not currently permitted by law and would require an Act of Parliament.”

Prime Minister Boris Johnson’s government – and his ministers – have famously flipped between different stances during the Covid-19 pandemic.

Since then, the NHS app has been extended to be used as vaccine passport, including to enable Brits to go abroad.